Platinum and Palladium are some of the rarest precious metals on earth, but also have some of the highest utility.  Both can be found as jewellery and investment assets, while also being used in electronics and dental work.  However, approximately 80 per cent of the world’s palladium and 50 per cent of its platinum are used in catalytic converters.

Catalytic converters turn harmful pollutants from vehicle exhaust (carbon dioxide and nitrogen oxide) into less harmful ones that are easier to live with (water vapour and carbon monoxide).  Palladium and Platinum are two of the key catalysts for this detoxifying process.

But There’s a Problem

While platinum and palladium play a key role in ensuring the air we breathe is cleaner – both highly sought after metals can be extracted from spent catalytic converters and reused for new ones or recycled for the other uses mentioned above – 27 million catalytic converters are available as scrap metal annually and only about 30 per cent of the platinum and palladium are actually recycled, the rest go to landfills.

Add to that, the only process for recovering these precious metals from catalytic converters – smelting – is harmful to the environment, releasing into the air heavy metals like lead and mercury along with chemical by-products like sulfur dioxide and various nitrogen oxides.

Smelting isn’t just hazardous to your health, known for causing lung cancer and lung scarring called pneumoconiosis from breathing in tiny metal dust particles, but it also can be dangerous.

Meanwhile, demand for platinum and palladium in the auto sector rose 13 per cent in 2021 to 13 million ounces – the second-highest total ever recorded – thanks in part to tightening air quality regulations in China that require 70 per cent of vehicles to have catalytic converters.

Luckily, there’s a more environmentally friendly way to extract palladium and platinum and take advantage of the catalytic converter market that was estimated to be worth $42.4 billion in 2018 and projected to reach $73.1 billion by 2025.

Alternative to the Smelters

There is a proprietary technology that not only completely bypasses the harmful emissions that come from smelting but recovers over 90 per cent of the precious metals with little to no waste.

Here are the basic steps that make it happen:

In addition to rendering the entire smelting process unnecessary and bypassing the harmful toxins smelting emits, this chemical process uses far less energy than smelting and traditional mining would.  Smelting typically takes place at temperatures between 1350 to over 1600  ̊C and use between 600 and 1100 kwh of electricity per ton of concentrate extracted.  Though the amount of energy this new technology uses is still being researched, it’s safe to say it’s much less than smelting and mining.

If this technology can be scaled to an industrial scope, it presents the opportunity to both replace smelting with an environmental alternative and allow for increased recycling of catalytic converters presently being sent to landfills.  A portion of catalytic converters currently end up in landfills as there is limited capacity at existing smelters and regulations make construction of additional smelting capacity difficult.

If the amount of palladium and platinum recovered from recycling can be increased it may very well avoid the creation of new mines, which take up even more energy and are even more of an environmental footprint than the smelters.

Time will tell whether this technology for extracting platinum and palladium will eventually become the primary extraction method of precious metals from catalytic converters but saving more noxious fumes from going into the air is a win no matter how many smelters actually remain when the dust settles. 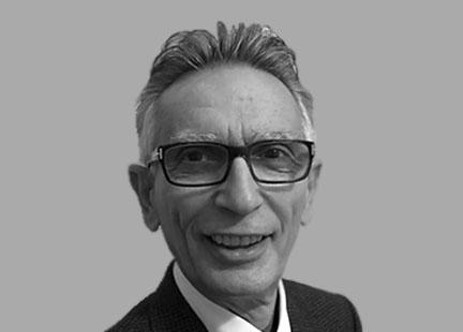 Greg Pendura is the President and CEO of Mineworx Technology Ltd. (TSX-V:MWX, OTCQB:MWXRF).  Minewox Technology, the company that is driving this technology and has also developed a partnership with Davis Recycling to pursue the commercialization of the project. The partnership is planning to build its first commercial scale extraction facility in Tennessee, USA.