Written by Jared Lazerson, President and CEO of MGX Minerals

Between blocked pipelines and tumbling prices, the challenges facing the Canadian oil industry have left many in the Western provinces hurting.  In addition, both global and national efforts to diversify energy resources in response to climate change are creating further long-term economic uncertainty for many.

That being said, with the richness of the Western provinces’ natural resources, there are numerous opportunities to diversify Canada’s extractive economy and better adapt to changing times.  One such way to do so is through a new commodity that is becoming critical to the clean energy economy: Petrolithium.

The Rise of Lithium

Driven primarily by the rapidly growing market for electric vehicles, lithium has become a highly sought after mineral.  A Roskill market outlook predicts demand from battery makers to rise by 650 per cent by 2027, with overall lithium demand set to increase threefold.  In less than ten years, according to the study, the demand for the mineral will reach an astronomical one million tonnes.

Canada can play a leading role in meeting this significant surge in demand by leveraging a surprising source, that being oil and gas wastewater.
Lithium producers today are limited by the inefficiencies that are inherent in incumbent mineral extraction processes, which require tremendous amounts of time, land, and water with which to generate lithium.  The most common lithium extraction method is to pump naturally occurring brines into man-made solar evaporation ponds, a process that can take as long as 18 months to begin producing lithium. Because of its reliance on expansive ponds which demand vast quantities of fresh water, solar evaporation also comes with an enormous water footprint in water-scarce parts of Latin America.  Other operations can extract lithium from hard rock, but at up to double the cost of solar evaporation and these methods can take up to two years to produce lithium.

Canada is uniquely positioned to produce lithium in much less time – and with far fewer environmental impacts – through the use of billions of tonnes of produced wastewater that is generated by the Canadian oil industry every year; wastewater which also often contains lithium.

During oil production, lithium is brought up with the hydrocarbons due to the oil deposits naturally settling on underground brines rich in lithium.  Once the oil is removed from the rest of the extracted stream, the lithium-rich produced water is disposed of.  While high in lithium content, the presence of other ions in the waste stream can make the recovery of this high-demand mineral difficult.

Leveraging the existing infrastructure of the oil and gas industry – of both active and decommissioned wells – MGX’s technology processes high salinity wastewater from oil extraction operations, removing contaminants and recovering lithium in the range of 100 parts per million.  The process recovers between 70 to 90 per cent of the lithium found in brine, which enables brines with as little as 70 milligrams per liter of lithium to become commercially viable for recovery.

MGX’s technology also offers significant advantages compared to conventional lithium production processes.  MGX is able to produce lithium in as little as eight hours, which represents a decrease of more than 99 per cent in terms of production time from traditional solar evaporation techniques.  MGX’s technology also further eliminates the consumption of lake-sized swathes of land and vast quantities of freshwater that solar evaporation requires.

With the very same technology used in the petrolithium process, MGX is also able to provide oil and gas companies with full-service water treatment on site, thereby reducing oilfield operating costs and upgrading produced water for reuse, surface release, or resale.  This then allows the petrolithium process to further offer significant cost savings and reduced risk of environmental contamination to an industry that produces more than 800 billion gallons of wastewater each and every year.

With the rising costs of managing produced water and increased scrutiny and regulatory action on wastewater discharge methods, Canada’s oil and gas companies are beginning to take note of the treatment stage of the petrolithium process.  Through an $8.2 million grant from Sustainable Development Technology Canada and Emissions Reduction Alberta, MGX has commercially deployed its wastewater treatment technology for oil sands companies in Alberta, where Connacher Oil & Gas, along with another customer, sends oilfield wastewater for cost-effective and reliable treatment.

For oil and gas producers, the complete petrolithium process is able to generate new revenue streams through recovered minerals, while also offering a low-cost, low-infrastructure method to manage the high volumes of wastewater produced by the industry.

MGX’s petrolithium process is breaking ground on a new Canadian lithium industry, right as the market for the mineral is beginning to explode – and as the many challenges facing the dominant oil sector continue to grow.

Conventional extraction processes, such as solar evaporation and hard rock mining, constrain lithium producers with their time and resource intensity.  When compared to these methods, the petrolithium process generates lithium far more sustainably.  Moreover, it is a rapid extraction technology that can create value from what was once considered a huge economic and environmental burden.

At present, South America and Australia stand as the major contributors to the lithium market, extracting the mineral through solar evaporation and hardrock mining.  The petrolithium process offers Canada the opportunity to pioneer an entirely new source of lithium that will help enable it to meet demand at a much faster rate and with a much smaller environmental impact.

As demand for the mineral continues to drive higher from battery producers around the world, Canada has the opportunity to leverage petrolithium as an innovative new resource to further diversify its extractive economy and compete in global lithium markets. 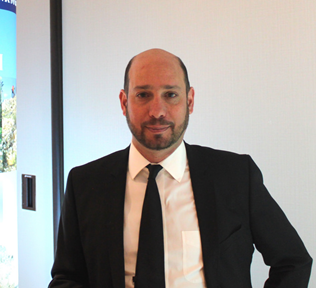 Jared Lazerson has worked in the mining and technology industries since 1994 with companies including Osprey Systems (GPS and Digital Mapping), United Helicopters, Copper Island Mines and Manto Resources.  He holds a BA in International Relations from the University of Pennsylvania.