A Safer Journey Through Canadian Mines

Mine safety is about more than equipment: It’s a mindset

Every day in Canada and around the world, miners venture deep below the earth’s surface, prepared to face the risks ahead for precious minerals and ore. There’s no shortage of dangers lurking in mines: from poisonous gases and toxic fumes to fires and explosions, one mistake can cause serious injury or even death. Thankfully, injuries and fatalities in mining are rare in Canada these days due to rigorous safety standards and advanced equipment.

While Canada is one of the safest countries in the world to be a miner, the risks underground have not gone away. Thorough training, a safety-first mindset, and proper equipment all come together to mitigate these risks and help mine safety professionals achieve their zero-harm objective.

Proper mine safety starts before the miners go underground. Risks within the mine are constantly changing, and miners must be informed and prepared for different eventualities.

“To make their day safer, supervisors inform the miners of workplace conditions based on the cross-shift’s information,” says Stephane Landry, Mining Supervisor at Newmont Goldcorp Co.’s Éléonore gold mine in Quebec. “They highlight the dangers present in the workplace, so the miners have a better idea of what they’re getting into.”

John Chenier, a retired mine safety and security expert with more than 40 years of experience, adds that miners must also fill out a safety card — known as a Neil George card in Ontario or a Carte de Travail in Quebec —before their day begins.  The card’s checklist covers vital aspects of mine safety, including equipment maintenance.

Some mines also have prevention and screening programs to help combat alcohol and drug abuse in the workplace or prior to starting work. Mining is a physically and mentally demanding job, and fatigued or impaired miners can compromise the safety of everyone under the surface. Modern breathalyzers and screening devices can quickly and accurately ensure each miner is fit for the day ahead.

Safety below the surface

Once underground, miners rely on their training and personal protective equipment (PPE) to keep them safe. Specialized boots, gloves, and hard hats are designed to prevent injuries from falling objects or sharp edges.

To combat discomfort caused by strenuous work and high heat levels, some mining operations provide miners with physiological monitors and cooling vests. Other mines pull workers out of tunnels altogether and use remote-controlled equipment in their stead.

Ground instability is one of the leading causes of injuries and fatalities in mines, with 10 deaths in Ontario since the year 2000. While a hardhat will protect against smaller rockbursts, the displaced ground can potentially weigh hundreds of tonnes, causing serious injuries or fatalities.

“Before a day of mining, it’s essential to make sure there’s no piece that can fall down and injure you,” says Chenier, adding that this was the most dangerous risk in his mining experience. Modern seismic equipment now controls ground instability to a certain degree, but falling rocks still pose a great risk.

Toxic gases and fumes in the mine must also be consistently monitored. Besides the potential harm from inhalation, these gases can accumulate in enclosed spaces and create a fire or explosive hazard. That’s why there are fixed gas detection units located throughout the mine, as well as portable gas detectors for supervisors and miners in high-risk areas. These detectors accurately test for a variety of potentially hazardous gases, including carbon monoxide, methane, hydrogen cyanide, nitrous oxide and carbon dioxide.

“The mines have real-time monitoring on pretty much every level for gas detection,” Landry explains. His mine has a control room on the surface where supervisors can easily see gas and ventilation statistics.

Visibility underground is hampered by poor lighting, smoke, and dust, making it difficult for a miner to spot potential hazards. In scenarios where visibility can drop to near zero, thermal imaging cameras are an invaluable tool. These specialized cameras allow for clear images even in near-zero visibility conditions, which creates a safer environment in addition to cutting downtime.

Even with strong safety procedures in place, accidents can still happen. In the case of a fire or dangerous gas leak, miners must barricade themselves in underground refuge stations until trained mine rescue teams with specialized breathing apparatuses can get to them. Thermal imaging cameras would also be used to see through smoke and fumes.

“The worst-case scenario underground would be a fire,” says Landry. “In that case, the mine rescue team would come and combat the fire wearing the Draeger BG4.” The BG4 is a closed-circuit breathing apparatus that provides up to four hours of breathable air in toxic environments.

Strong communication is an important element of a mine rescue team. Many modern mines are equipped with a Wi-Fi network and radio reception, allowing the rescue team to communicate efficiently with one another through special communication units.

Self-contained rescuers are sometimes used in emergencies to provide miners with enough time to either escape or reach the next refuge centre. A few of the largest Canadian mines now have specialized mine rescue vehicles equipped with their own breathing air supply and thermal imaging cameras.

Highly sophisticated mining equipment won’t make much difference if the miner isn’t trained to use it properly — or if there are no mine safety procedures in place.

“Statistics show that untrained people are 50 per cent more likely to get injured in the workplace, and it goes up to 80 per cent if the worker is under 25,” says Landry.

Training requirements vary based on jurisdiction and the type of mine. In Ontario, the government requires mining industry employers to train their workers in the Common Core and Specialty Modules under OHSA Regulation 854.

Supervisors in Ontario are required to take additional training. In Alberta, any miner or coal miner in a supervisor role must possess a special certificate to handle, prepare, fire, burn or destroy an explosive or handle misfires.

These procedures and regulations are relatively modern, and significant advancements have been made over the past few decades. “When I first started underground, they had very few procedures,” says Chenier. “Today the companies have written policies, and they understand safety is very important.”

Unfortunately, some of these policies were created in response to worker injuries. “That’s what we preach to our workers: these procedures are meant to be followed, because people were injured when they did these tasks in a different way.”

While it’s impossible to eliminate every risk in mining, updated safety and training procedures combined with modern technology, environmental monitoring and PPE have made mining in Canada safer than ever. As technology continues to advance and risk levels decrease, Canadian mines get closer to achieving the zero-harm objective. 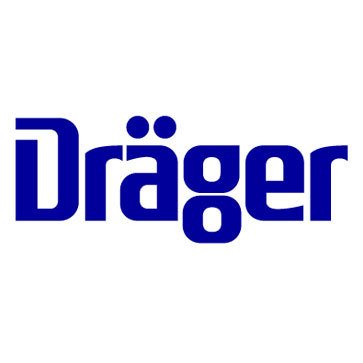 Dräger manufactures medical and safety technology products. In so doing, the company protects, supports, and saves people’s lives around the world in hospitals, with fire departments, emergency services, authorities, and in mining, as well as industry.

Founded in 1889, Dräger has grown into a worldwide, listed enterprise in its fifth generation as a family-run business. Dräger has more than 14,000 employees worldwide and is present in over 190 countries around the globe.