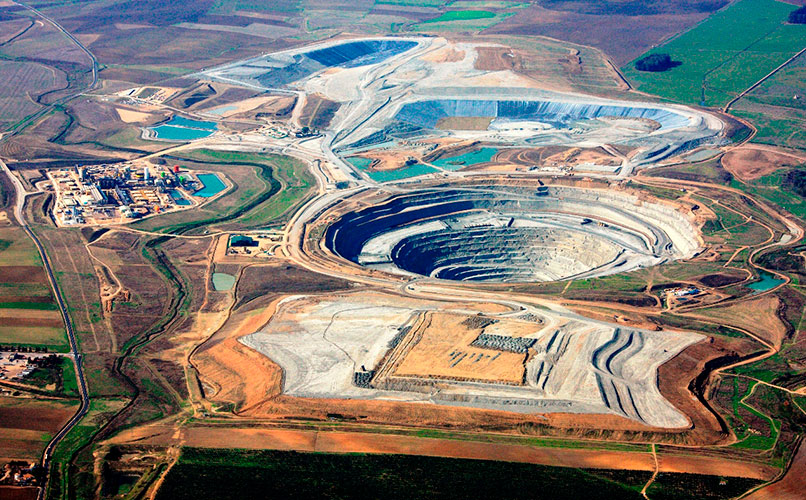 The dreamy name conjures up images of exotic centuries-old majestic castles built by the great civilizations who once inhabited this autonomous region in southern Spain.

Andalusia borders Extremadura and Castile-La Mancha in the north, the Mediterranean and Atlantic Ocean in the south, Murcia and the Mediterranean Sea in the east, and Portugal in the west—covering almost 20 per cent of Spanish territory.

The Roman Empire’s presence is still in evidence today. Theatres, baths, aqueducts and necropolises are perfectly conserved. When Julius Caesar was Governor of Hispania he bathed in Hedionda so that its mineral water would cure his skin infection.

With its history on display everywhere you go, Andalucia is spectacularly beautiful. And while millions of tourists flock every year to popular resort areas such as the Costa del Sol, Costa Tropical, and Costa de la Luz, it is the region’s rich mineral wealth that is the hidden gem of Andalucia.

The history of Andalusia is closely linked to a long tradition of mining its abundant mineral resources. Andalusian mining has become a benchmark in the industry globally and is an important area for metal mining in Spain and Europe.

Andalusia is a mining treasure 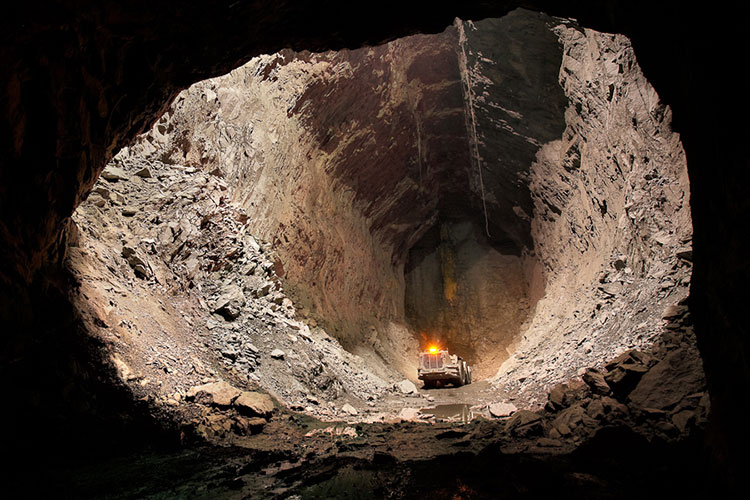 Andalusia is guarding a treasure in the form of mining resources, attracting the interest of major multinational corporations, such as Canada’s First Quantum Minerals, Atalaya Mining, Trafigura-Mubadala, and Grupo México.

The region’s geodiversity has led to the existence of important ore deposits, some of which have already been mined throughout history and other operations have been successfully launched during the past 20 years.

The Iberian Pyrite Belt is a vast geographical area with particular geological features that stretch along the western area of Andalusia. This area possibly hosts the highest concentration of polymetallic sulphides globally. Its geological complexity is the subject of numerous petrographic, stratigraphic and structural studies.

The pyrite belt extends from the western edge of the province of Seville, occupying most of the province of Huelva, to the Portuguese Atlantic coast. It is around 250 kilometres long and 30 to 50 kilometres wide. It includes more than 80 deposits, some of which are active operations such as Minas de Aguas Teñidas, Cobre Las Cruces, Sotiel and Riotinto.

The Aznalcollar mine in Seville is now operated by Minera Los Frailes, part of Grupo Mexico, which is currently carrying out extensive research to consolidate the significanreserves of zinc, copper, lead and silver remaining in this deposit and to increase its resources. Mining here will resume shortly. The historical Riotinto Mine, possibly the ore body with the highest concentration of volcanogenic massive sulphides globally, has gone through different stages, which after completing a modernizing upgrade has achieved a safe and efficient restart.

The Magdalena Mine, also located in Huelva, is an ore body with a high content of copper, lead and zinc and a clear example of the potential the Iberian Pyrite Belt offers for exploration and investment. Furthermore, there are other projects in different stages, from exploration to processing administrative formalities, such as Paymogo, Lomero Poyatos and Masa Valverde, all of them in Huelva.

Continuity of mining activity in this area is guaranteed for decades, with estimated resources totalling more than 1,500 tonnes, considering only the prospections carried out to date which are limited to certain depths.

Mining companies benefit from the extensive transport network, comprising roads and motorways that connect with the country’s capital, Madrid, and other Spanish cities, together with its railway network, with several high-speed lines, and international airports, make Andalusia an attractive place for any economic activity, supported by a stable regulatory framework.

Because it is part of the European Union with the rest of Spain, it is Schengen Territory and Community provisions regarding the traffic of goods and free movement of workers are fully applicable. The customs-related and professional advantages derived from this are evident.

The ports of Huelva—the largest in Spain—and Algeciras, a vital trade port which connects two continents, or the Port of Seville, the only inland port in Spain, provide Andalusia with endless possibilities for product transport and distribution anywhere in the world.

The Andalusian Regional Government and other public authorities, such as the Provincial Government of Huelva, acknowledge the opportunity these mining resources represent and are fully committed with the mining tradition. 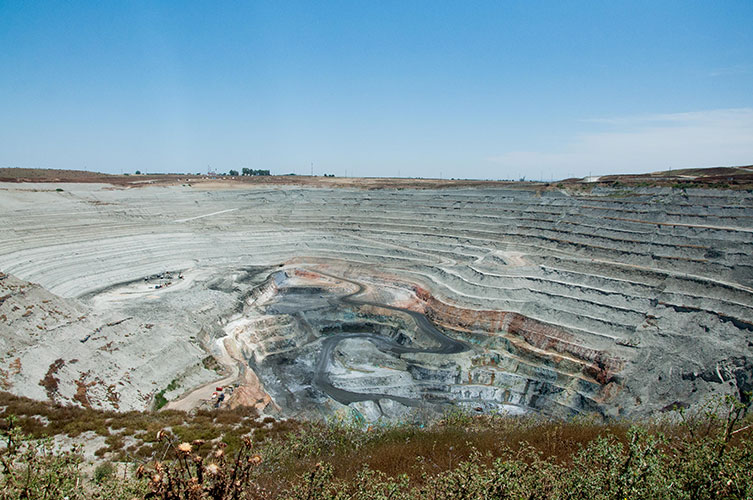 The province of Huelva has the highest concentration of metal mining resources in the world and where key projects such as Minas de Aguas Teñidas, Sotiel, Mina Magdalena and Riotinto are located. These Huelva mines host significant reserves that guarantee the continuity of mining operations during at least the next 10 years. In fact, approximately one quarter of over 1,000 mining rights awarded by the Andalusian Government through public tenders are located in the province of Huelva.

Metallic Mining is one of the driving forces in Andalusia’s economy, with a total turnover of around 1,000 million euros per year. It is a key source for the region and has created 3,500 direct jobs, which would increase up to 5,000 direct jobs once the permitting of the new projects is completed and reach up to 7,000 jobs during the construction phase. Additionally, this sector also created 15,000 indirect jobs, which could increase to 20,000 indirect jobs once the new projects are operational.

As one of the clear signs of the current social and economic potential of mining in Andalusia, the Metallic Mining Hall was established in 2015. It was the first international conference held in Europe focusing on metal mining, with 10,000 participants and 700 delegates. The second edition will take place in October 2017 in Seville.

It is abundantly clear Andalusia is strongly committed to mining in the 21st century.

Innovating to Meet Challenges: the Projects Ecosystem in Canada