Attracting investment and exploration in Canada

Over the past ten to twenty years, we have seen a steady decline in discovery rates, despite continued and substantial expenditure in exploration. Deposits are becoming harder and harder to find, so the challenges for us are: what new techniques do we use to explore in different ways?  How can we find deposits more successfully?  How can we better understand the environments in which we’re working to target more effectively, and ultimately, how do we improve discovery rates?

This challenge is being exacerbated by significant demand increases for critical metals, specifically those related to the development of new world technology, such as heightened copper demand in response to the production of electric vehicles.  Likewise, cobalt demand has been minimal historically, whereas we are now seeing sizable new demand due to technologies that require battery storage.

This shift in demand for the discovery of different commodities presents a challenge for the exploration industry, but equally a massive opportunity for the world’s highly prospective regions to supply global demand for the critical commodities required in a high-tech world.

It is no secret that Canada is home to many of the richest regions of natural resources in the world.  There is high potential for deposits of many commodity types, but most companies mine copper as a co-product in conjunction with other metals, such as gold, molybdenum, zinc, nickel or lead, and it is typically found in large sulfide and porphyry deposits (Cameron, 2019).

If we look at copper-gold deposits alone, Canada is one of the world’s major producers.  Top producing sites include: Highland Valley Operations, Sudbury Operation, Copper Mountain Mine, Kidd Operations, Red Chris Mine, which Australia’s Newcrest Mining has recently invested in for a 70 per cent share, and Red Lake Mine, which was acquired by Evolution Mining through a wholly owned Canadian subsidiary in November 2019.

Given the signals, including numerous existing deposits that have attracted significant international investment, it is a fair assumption that Canada is a highly prospective region with plenty of deposits left to discover.

One of the ways that explorers are currently utilizing data science is through data processing.  Traditionally it has been hard for geologists to look at large amounts of data in one go.  Data science can help us bring together large datasets and process them extremely quickly.  For example, using some data science techniques, we can quickly search an entire state database of drilling or geochemistry to identify anomalous drill holes; something geologists haven’t had easily accessible tools to do previously.  There are numerous data science techniques that we can use to help us speed up the data analysis side, whether historical or our own data.

Geologists are typically trained on different deposits with specific mineralization styles, which can lead to having a biased lens when looking at our data based on our experience.  We often apply models to look at our data, searching for predetermined things.  This means that we can easily miss signals in the data.  Within a data-driven approach we are less likely to miss key patterns.  Therefore, we can use data science techniques to help remove our bias.  Data science is certainly not a standalone tool in exploration, but it can be an incredibly valuable instrument to incorporate with other techniques for a multidisciplinary approach.

Data science and machine learning techniques are also useful in uncovering complex chemistry relationships to help us vector into the deposits.  These relationships are not necessarily linear, and may have vectors on them, depending on which direction and where you are in relation to the deposit.  In addition, the near miss approaches that can be employed when using drilling data, which can be a very poor sampling technique, are something that can help improve our discovery rates.

Mineralising systems are naturally highly complex and chaotic.  There are potentially a million different models that could explain the same ore system and why it’s there, so there’s typically no one valid solution in geology.  Therefore, there is real value in obtaining lots of different opinions and models that can give an indication of what might be interesting, where to target, and ultimately where you might find economic mineralization.

Crowdsourcing is the process by which a problem and the accompanying data is made available digitally to third parties – individuals and groups – across the globe, who then compete to deliver the best solution.

Through a crowdsourcing approach, explorers can access many diverse methodologies, from traditional geology to data-driven techniques to a combination of the two, which bring together many different relevant models and interpretations to compare what they’re predicting and how.  Although we cannot eliminate bias, we are able to look at the data through the lenses of many different independent people and groups and combine the most valid approaches into a consensus model.

In Australia, we have seen that our discovery rates have been driven up by the open data that our governments and legislation provide.  Australia and Canada have some of the best quality open datasets in the world for geoscience.  Through these regulations and processes, governments have been able to build and strengthen the economy around the exploration industry and increase discovery rates and investment.

When open data is combined with crowdsourcing, it encourages people to use these high-quality datasets in new ways and incentivizes new people with diverse skill sets to work in exploration.  This boosts the whole industry supply chain.

Data-driven open innovation initiatives allow explorers to more readily pick up projects, by helping them better understand the geology of their ground through fresh ideas and new insights into their data.   Companies are empowered to make better decisions with more confidence in the exploration dollars being spent.  The selection of targets that internal teams may not have discovered is accelerated, particularly if they are focused on looking for a particular deposit, resulting in exploration becoming far more efficient, along with improved discovery rates.  This is a massive value proposition, particularly for junior explorers, who wouldn’t necessarily have the internal resources to develop these insights and presents mining companies with a perfect way to showcase that they are innovating on a global stage.

These initiatives also provide transparency and reduce risk for investors.  For governments, crowdsourcing is an excellent way of attracting investment, by providing a huge amount of value to entice companies to come and explore in their jurisdiction.

An example of this is ExploreSA: The Gawler Challenge.  The South Australian Government is the first government globally to host the AU$250,000 crowdsourced open data competition to fast-track the discovery of mineral deposits in South Australia.  ExploreSA: The Gawler Challenge is a world-wide call for geologists and data scientists to uncover new exploration targets in the state’s Gawler Craton region, which includes BHP’s Olympic Dam and OZ Minerals’ Prominent Hill and Carrapateena world class copper-gold deposits.  All targets generated, including those from the winners, will be publicly shared to increase innovation and understanding in the resources sector by enabling access to data science approaches and modern geoscience thinking.

Can you discover Canada’s next Red Lake?

ExploreSA: The Gawler Challenge may be a global first in terms of government initiatives, however Canadian mining companies have turned to crowdsourcing twice in the past to accelerate discovery.  In 1999, Goldcorp released 400MB of exploration data from Red Lake to the public with a CAD$575,000 incentive to identify further targets (HeroX, 2015).  The competition identified an additional CAD$6 billion worth of gold on their tenements (Idea Connection, 2009).  Goldcorp subsequently grew into a US$10 billion company, and was purchased by Newmont in January 2019 (Bloomberg, 2019).  Integra Gold also opened up 6TB of exploration data for their CAD$1,000,000 Gold Rush Challenge in 2016 (HeroX, 2016).

So, apart from the handful of standout exceptions mentioned, why haven’t governments and mining companies more frequently used data-driven open innovation initiatives to increase interest and investment in their highly prospective regions?  In the current exploration climate, surely we need to innovate now more than ever if we are to unearth the next Red Lake? 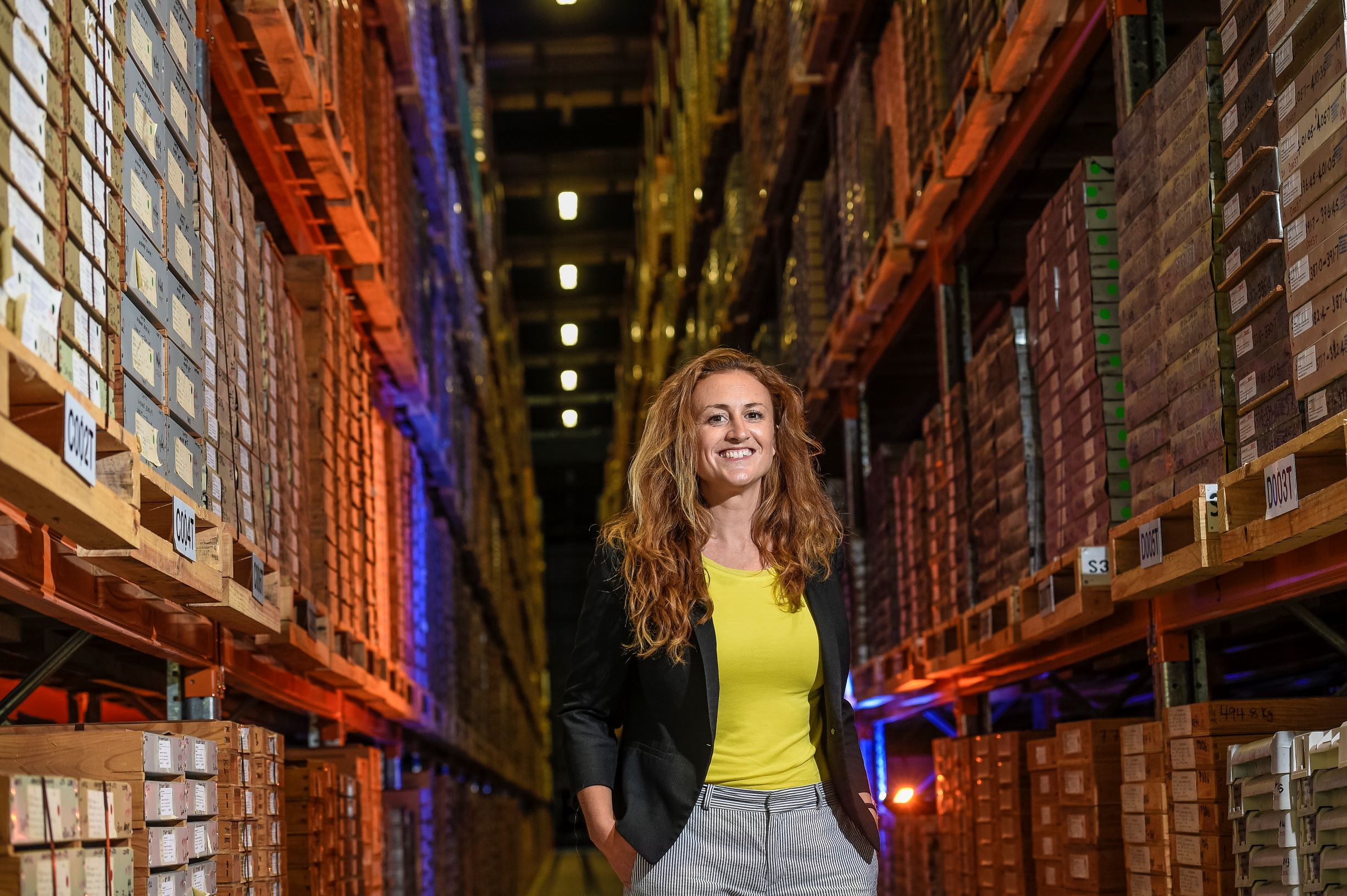 Holly Bridgwater is an exploration geologist, crowdsourcing lead at Unearthed, and an advocate for industry adoption of open data initiatives.  Holly is currently working with the South Australian Government Department for Energy and Mining to deliver ExploreSA: The Gawler Challenge.  To discover more, visit: https://unearthed.link/ESA_CMM