For the past 32 years, the CMHF has recognized 186 exemplary men and women who have demonstrated outstanding achievement, leadership and inspired future generations in mining. Canadian mining leaders set the standard for the global industry and these individuals reflect the very best of mining excellence, determination and skill.

“The Canadian Mining Hall of Fame is proud to recognize four leaders who drove the Canadian mining industry forward and greatly contributed to Canadian society overall,” says Jon Baird, Canadian Mining Hall of Fame Chair. “Each of these inductees, representing different facets of our industry, is an exemplary leader who future generations can follow, while they work to grow and sustain responsible mining in Canada and beyond.”

Each of these individuals will be honoured at the Canadian Mining Hall of Fame’s 32nd Annual Dinner and Induction Ceremony on Thursday, January 9, 2020 at the Metro Toronto Convention Centre. This premier event is a celebration of Canada’s global mining leadership and the individual achievement that has fueled it.

The Canadian Mining Hall of Fame celebrates Canada’s outstanding position in the global mining industry. The individuals and their achievements continue to be celebrated with the support of our Legacy Sponsor, Hecla Mining, a leading, low-cost silver producer with over a century history as a responsible mining company. The Mining Hall of Fame also receives support and sponsorship from many prominent organizations, including our Visionary Sponsors, Agnico Eagle Mines and Hatch and our Champion Sponsors, EY Canada, Magris Resources and Yamana Gold.

Tickets are now available for purchase: http://www.mininghalloffame.ca/annual-ceremony or by calling: 1-888-308-8803

P. Jerry Asp is one of Western Canada’s most prominent Indigenous leaders and a tireless advocate for the inclusion of Indigenous Peoples in the mining industry. His leadership skills came to the fore in the 1980s, during a mineral exploration and mining boom in the “Golden Triangle” of northwestern British Columbia. Asp has focused on building bridges of understanding between the mining sector and Indigenous peoples and challenging misconceptions that hinder the reconciliation process. He has received many awards for his trailblazing role. In 2011, he was the recipient of PDAC’s prestigious “Skookum Jim Award” for his exceptional achievements and the Queen Elizabeth II Diamond Jubilee Medal in 2013.

Alex Balogh earned his place in a select group of industry leaders who shaped and built Noranda and Falconbridge into the most successful mining and metallurgical giants in Canadian history. Balogh’s greatest contribution to the mining industry and to society was in the 1970s, with the introduction of Noranda’s continuous smelting and converting process at the Horne smelter in Quebec. He served as President and CEO of these companies in the 1990s through to 2003. After retirement, Balogh served the mining sector as a consultant, corporate director, mentor of young geoscientists, and strong supporter of industry associations and causes. In 2002, he received the CIM Vale Medal for Meritorious Contributions to Mining.

Few people have done more to introduce science and technology to mineral exploration than Hans Lundberg, a visionary pioneer in the development and application of geophysical and geochemical methods who was the first to conduct ground geophysical surveys in Canada in the 1920s. Lundberg’s greatest accomplishments were the first application of airborne geophysical methods in the 1940s, and his adaptations of geophysical instruments for use from aircraft. In the 1950s, Lundberg pioneered airborne radiometric surveying, which would prove invaluable to uranium exploration in subsequent decades. He left a legacy of discovery and innovation that was unparalleled in his lifetime, and earned him the reputation as Canada’s first ambassador of exploration.

The remarkable success and longevity of Agnico Eagle Mines owes much to Eberhard (“Ebe”) Scherkus, who joined the company as a project manager in 1985, became chief operating officer (COO) in 1998, and was president and COO from 2005 until he retired in 2012. During this period he transformed Agnico Eagle from a regional single-mine company into a top-performing global gold producer, expanding the company’s LaRonde mine into a productive mine that has produced five million ounces of gold. Scherkus has received many awards and honours for his achievements, including the Viola McMillan Award from PDAC in 2000, and the Selwyn G. Blaylock Medal from CIM in 2005. 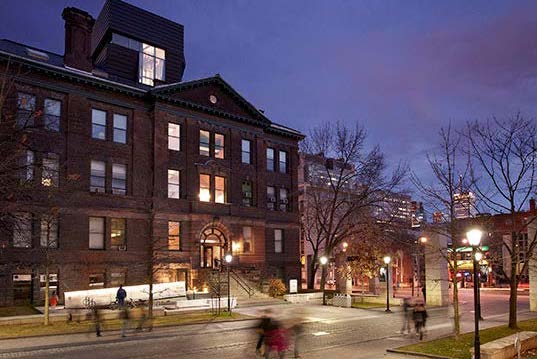 Founded in 1988 by the Northern Miner, the Mining Association of Canada, the Prospectors and Developers Association of Canada and the Canadian Institute of Mining, Metallurgy and Petroleum, the CMHF is a charitable organization that recognizes outstanding achievement in the mining industry, celebrates individual leadership and inspires future generations in mining. Members are selected through a fair, inclusive and accessible process driven by the CMHF Board of Directors and its member associations. For more information, please visit: www.mininghalloffame.ca