When a shift begins in a potash mine, the first person to enter the massive underground ‘room’ where work is taking place does something that might seem strange to the average person.

He bangs the roof with a long iron bar.  And listens.

The sound that returns to his ears tells him something crucial to the safety of his team: either the roof is safe, or it is not.

“If you hit any hollow parts, it’s very easy to hear,” explains Craig Funk (B.Eng Geology/Geophysics ’89, MSc ’92), Director of GeoServices and Land for Nutrien, the international mining and agricultural products giant. “You can tell right away; it’s a very definitive sound.

“What happens at that point is the person sounding will mark the area and we will deal with it by scaling the rock down or putting in rock bolts.

“This tool has probably been around since mining began. It’s one of the oldest tools out there.”

While it’s unlikely potash mines would ever do without this simple but highly effective tool, Nutrien wondered if a digitized version could be created.

Enter Travis Wiens (M.Sc., Ph.D., P.Eng.), Associate Professor of Mechanical Engineering at the University of Saskatchewan.  With financial support from the International Mineral Innovation Institute (IMII), he has started a research project to find a solution.

“We had a student who went underground and essentially took a scaling bar, a two-to-three metre iron bar, and he banged it off the roof and recorded the sound,” Wiens said.  “He did that 3,000 times at five different mine sites.  We have a large library of these recordings, and at the same time, there was an experienced miner there who told him whether it was a stable roof or an unstable roof.  So we have a large library of recordings that have been labelled as safe or potentially unsafe.

“We put (that data) into some machine learning algorithms and asked (them) to try to predict whether the roof would be safe or unsafe . . . or unknown.

“We’re in the research stage right now; the product development will come next.”

Funk says the digitized sounding bar “could be very helpful, say, in robotic situations.  We have travel ways underground that have been there for 30 years.  We have to regularly inspect those.  The roofs could be 18, 20 feet high and difficult for a person to sound.

“There’s a variety of applications.  The sky’s the limit.  You could incorporate it onto machines; as the machine is moving along, it’s sounding.”

It’s just one project Wiens has undertaken for Nutrien, and it demonstrates the collaborative approach to innovation he’s taking with the mining industry.

That approach had its roots in 2012 with the formation of IMII, spurred in part by an industry desire to create mining-focused College of Engineering faculty positions.  By 2015, the college had hired three faculty members, including Wiens.  Today, students can graduate with a mining option to their chemical, geological or mechanical engineering degrees.

“Saskatchewan is one of the largest mineral-producing jurisdictions in the country,” said Al Shpyth, Executive Director of IMII.  “We need more capacity in this province; we need more research, we need more capability. It was the first project that IMII ever undertook, to bring mining engineering back to the university.”

IMII invested $1.6 million into the development of the new positions, also supported by the university.  Since then, more than 50 students have graduated with mining-option degrees.

Shpyth said Wiens’s success demonstrates how important it is for industry to connect with academia.  The Conference Board of Canada gives a B grade to research funding at universities, but a D or D-minus for turning that research into innovations, Shpyth noted.

“Not only did he develop new classes in mechanical and teach them, he has established himself as a researcher.  He has struck up a working relationship with all of our industry members and he’s doing research not only for IMII, but for industry directly.  That for us is success.  He’s building capacity and capability for the province.

“Travis engages with industry. It’s more likely inventions will get put into use if they’re tied into the regional resources.  We think it’s actually vitally important not only to ourselves but to our province . . . and country.”

Wiens’s specialty, however, is in hydraulics, particularly for equipment.  His long roots in Saskatchewan farming led directly to his chosen field, in which he has a PhD from USask.  Another project for Nutrien emerged from that specialty: he is investigating the use of fire-resistant hydraulic fluids for mining machinery.

“As a teenager, I was working on equipment with my parents and that was certainly the background that got me into engineering.  I like to work on equipment and there’s a little bit of design involved on the farm as well,” Wiens said.

“I would say my research is definitely still hands-on.  I’m definitely in the lab turning wrenches and building equipment, and my students are doing that as well.  Very few are just sitting at a computer all day.”

Terry Fonstad, Associate Dean, Research and Partnerships in the College of Engineering, noted that mining companies are constantly looking for automated machinery and tools as they seek ways to improve safety for workers and reduce environmental impact.  Wiens’s work will be important to that rapidly coming future.

“Travis has been a real success story for us. He’s a great teacher, respected by undergraduate students, and making a big contribution in our research program.

“You want to be doing leading-edge research like Travis is doing, and you want the knowledge that he’s developing to bleed back to the undergraduate program.  Our graduates come out knowing what the leading edge is.”

Fonstad added that partnerships between industry and academia are important.  Firstly, it provides a focus for what research is undertaken by faculty and gets them thinking outside the box to create made-in-Saskatchewan solutions, Fonstad says.

“It’s the taxpayers of the province who pay our salaries and I think we owe it to them to solve the problems of Saskatchewan.”

Financially, industry partnerships are also vital to attracting the funds needed for research.  For example, the NSERC (Natural Sciences and Engineering Research Council of Canada) Alliance program provides a one-to-one match with industry money; if it’s a small company in play, you can get a two-to-one match, he said.

“For us it’s really critical to have those industry partners,” said Fonstad. “We want to be part of the team.”

Nutrien’s Craig Funk knows that collaborating with academia benefits industry.  Wiens has not only begun the sounding bar research for the company; he has also started work on a rock bolter, a device that ties together roof strata underground, that could be attached to a mining machine in the future, as well as the fire-resistant hydraulic fluids.

Funk looks forward to more opportunities to collaborate with Wiens.

“He gets industry and he gets how we work because he has this background in farming and mechanical engineering.  It does require give and take for industry and academia to work together, and Travis is very good at that.”

For his part, Wiens has developed excellent time-management skills on top of everything else.  He’s incredibly busy teaching — he connects with 350 students in the college — as well as doing his own research and working on industry problems.

“It’s nice to do research that has a very visible application in the medium-term future,” Wiens said.  “I’m doing other research that’s very pie in the sky kind of stuff.”   A project such as the digital sounding bar, he says, “has an obvious application for Saskatchewan people, Saskatchewan mines.

“I’ve always thought my role was to service local industry and be a bridge between some of that pie in the sky research and industrial people.  One of my roles is to understand some of that 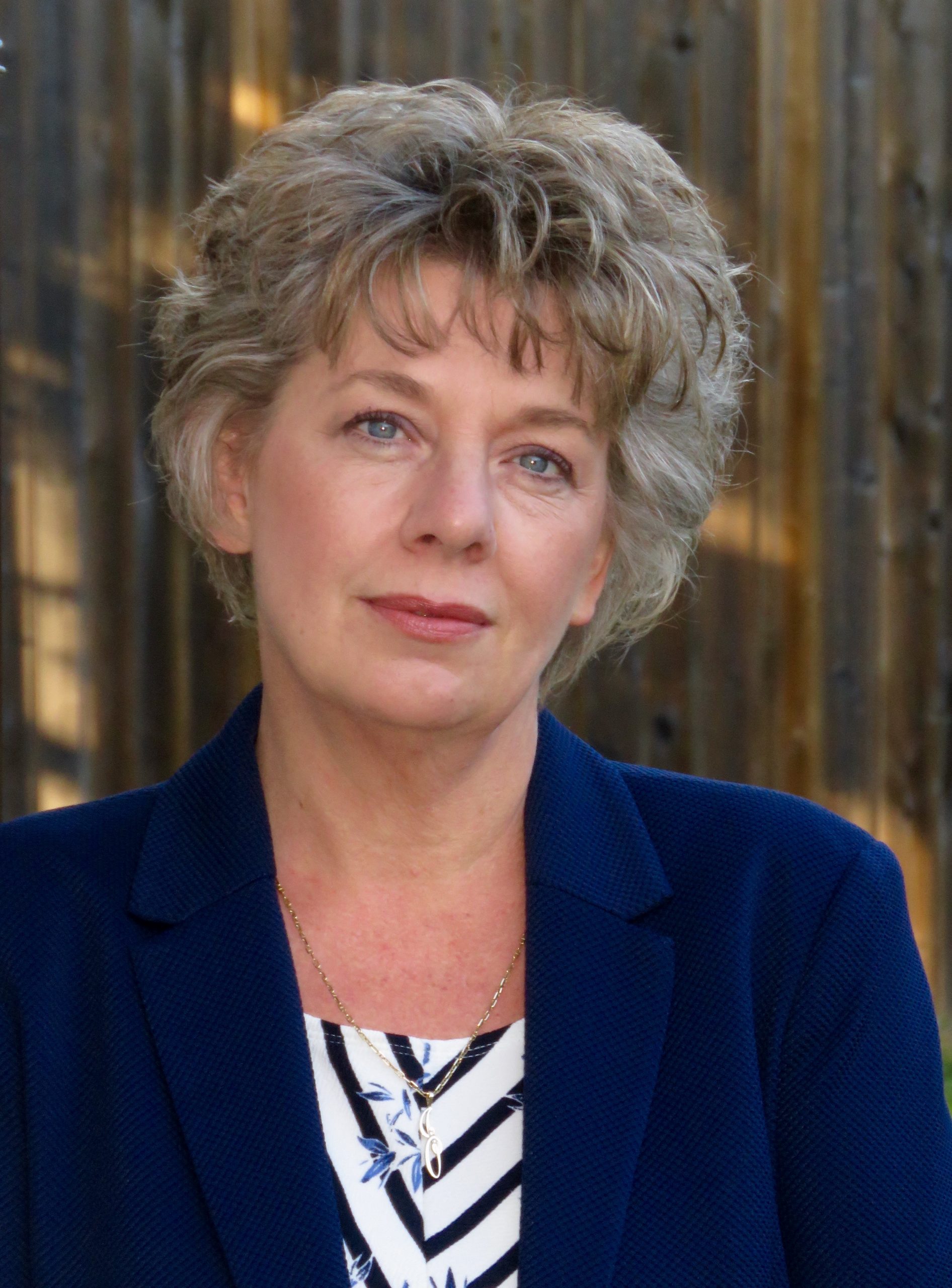 Joanne Paulson is a long-time Saskatoon journalist and novelist. She has been published in newspapers and magazines including The StarPhoenix, The Western Producer, the Saskatoon Express, Prairie Manufacturer and Farm Focus, among others, with a specialty in business reporting.