An underground gold mine complex in British Columbia, part of which was closed since the 1940s, probably isn’t where you’d expect to find cutting-edge technology.  However, when Exyn Technologies, creators of the first industrial drone that flies itself anywhere, and Ascot Resources, gold and silver mining experts, teamed up – that’s exactly what happened.

The task at hand was to map and survey old workings of a deposit acquired by Ascot in order to assess the volume and location of historical mining for depletion against new resource wireframes.  These older workings sometimes pose a greater hazard to human workers than active ones because underground movement and ground deterioration may not have been recorded and older techniques for mining may not allow safe passage for modern vehicles and tools needed to measure and monitor.  The safest and most cost-effective way to move forward with the project was to use Exyn’s automated and artificially intelligent aerial drones.

Over a three day stretch in early October 2019, Exyn worked with the Ascot team to deploy their autonomous aerial robots.  As part of the mapping process, Ascot needed to determine both location and size of the historical stope openings to aid resource geologists and engineers to calculate reserves and map out where and how they could safely access these areas with modern mining development.

Back in the 1940s, the resources in the historical mine became uneconomic.  This was likely due to cost and metal pricing pressures, which caused the mine to close. Investments pivoted to new mines with resources that were easier to access.  Since then, technology has improved considerably, especially in the mapping space.  After a near 13-hour journey from their home base in Philadelphia, Pennsylvania, that culminated in a helicopter journey across a glacier and having to lug equipment up a half-kilometre incline to reach the historical mine entrance, the team arrived at the remote site.

Though people have been creating rudimentary maps of mines for years, the technology has gotten incrementally better from the days of hand-drawn, annotated maps.  Mapping a mine, or any large underground structure (such as a long hole stope) is a challenging job, and not all tools are equal.  Alternative approaches, such as handheld or pole-mounted laser tools, require humans to enter areas of the mine considered potentially unsafe due to deterioration or proximity to unsupported ground.  Additionally, the amount of time it would take to manually capture and record data without human exposure to the dangerous environment is not cost effective, not to mention the issues of manual data transfer and reconciliation depending on the connection underground.  Other LiDAR mapping vehicles were also unsuitable because of the logistical challenges in accessing the site.  Simply put, a mine that was used almost a century ago was not designed to fit modern vehicles.

Except, that is, for an autonomous drone.

“At Ascot we are looking to use the facilities available at a former producing mine to extract new resources that we are currently drilling,” explains John Kiernan, COO of Ascot Resources.  “Exyn came to our site to show us the autonomous capabilities of their drone technology, and we were very impressed with the timeliness and quality of the data acquired.  Looking forward, we think this technology will be used to safely evaluate the condition of both historical and active underground mines, while also potentially providing cost savings in mine surveying and ventilation monitoring.”

Exyn’s drone-based mapping system is well equipped to travel through narrow tunnels in order to create real-time high-fidelity 3D maps of the area.  In doing so, it showcased the complexity of environments in which Exyn’s technology is able to function.  It also didn’t require humans to be put at risk since Exyn’s drones are fully autonomous.  Exyn’s drones require no prior knowledge of the site, no GPS, no specialized infrastructure, such as markers, and no pilot or communication with a ground control station.  This means that mapping can be done completely without human intervention.

Without Exyn’s technology, Ascot Resources would have had to rely on visual estimates of voids and old 2D maps to predict the impact on resources accessible to modern miners.  Making these types of calculations can be incredibly time consuming and risky, ultimately meaning undertaking this project might have been far more expensive and less accurate.

By contrast, Exyn’s technology makes it possible to create high-fidelity 3D maps visualizing the space with high degrees of accuracy.  This data can then be cross-referenced with old 2D maps of the mine, allowing Ascot to compare records of areas previously mined with the location of newly drilled core samples.  In the case of this specific mine, it allowed the owners to make more accurate resource analysis for potential investors.

The A3R drone with exynView™ allows for true autonomy, even in environments without GPS. The simultaneous localization and mapping (SLAM) capabilities include a state estimation pipeline that fuses high-rate inertial measurements with other sources of odometry.  Pairing this capability with robust, real-time optimization techniques enables the system to generate highly accurate maps with best-in-class performance.  Even without GPS, a pilot, or communications, Exyn’s technology is able to adapt to the task, making it a great solution for situations like this.

Although each site is distinct, particularly when it comes to older mines, this scenario is far from unique.  There are thousands of abandoned mine sites throughout Canada and the United States.  While many of these mines have been depleted, in other cases they were simply shuttered because no more resources could be mined with the tools available at the time.

Exyn’s autonomous drones are ready for whatever conditions they might encounter, even in a hazardous environment for human teams, such as an old, potentially unsafe mine with remaining resources.  Older mines that weren’t profitable to excavate decades ago could, for the first time, be mapped and be revived using Exyn’s technology.

Ascot used the data from the survey as part of resource calculation for a feasibility study in an effort to reopen the mining complex.  Using the volumes generated to remove material from the mine’s resource wireframes, Ascot ensured that they don’t inadvertently count ore that has previously been mined.  The feasibility study provides the basis for efforts to raise the money required to put an old mine such as this one back into production, so the information provided by the drone was a small but important part of this process.

Exyn can deal effectively with challenging environments that are dangerous for humans and difficult to navigate by other means.  Exyn Technologies’ autonomous aerial robots can also be scaled, allowing a swarm of robots to be deployed in order to increase the scope, speed, and efficiency of missions.  An additional key takeaway from Exyn’s drones and mapping capabilities for Ascot was the finding that mine workings could actually be much larger than expected while maintaining structural integrity and accessibility.

Although this was their first mission in an abandoned mine, we certainly don’t expect it to be our last.  We are excited about the endless possibilities that autonomous drone and LiDAR-mapping technologies can open up. 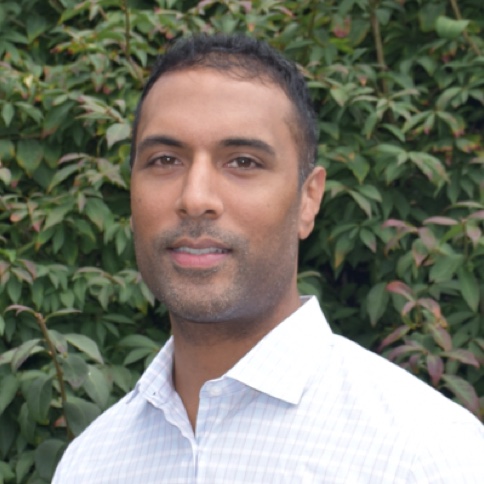 Raghu Balasa leads the development of Exyn’s strategic direction and business development. Raghu is an avid entrepreneur and strategist. He has successfully advised various companies on strategy and execution.

Exyn Technologies delivers impossible to reach data with the world’s first fully autonomous industrial aerial robots. Driven by breakthrough AI, Exyn robots fly without a pilot or GPS, keeping humans in the know, and out of harm’s way.

Exyn is powered by a team of experts in autonomous systems, robotics, and industrial engineering, and is a spin-off of Penn’s world-renowned GRASP Laboratory. The company is VC-backed and privately held, with headquarters in Philadelphia.