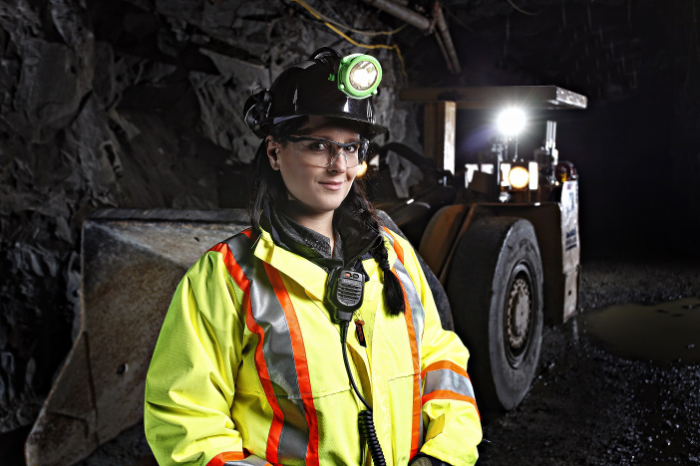 Workplace culture is the distinct combination of behaviour, language and tradition that makes your professional life unique. The culture of any workplace is shaped by its history, management style and policies, in tandem with the design of the physical work environment and the everyday interactions between its people.

Men make up over 80 per cent of the Canadian mining workforce. In most cases, the traditions and policies in mining were designed for men by men. Work procedures often use male pronouns and job descriptions make regular use of hyper-masculine language. Clothing and safety gear tends to be designed for male bodies and often only a single dry room is provided for changing. The external image of Canada’s mining sector is overwhelmingly male.

This perception of mining workplaces has a big impact on the recruitment and retention of women, as concluded by the Mining Industry Human Resources Council’s (MiHR) 2016 report, Strengthening Mining’s Talent Alloy: Exploring Gender Inclusion. Between 2014 and 2016, MiHR analysed the responses of 280 people who took an online survey – 114 women and 166 men. The women surveyed reported having fewer positive experiences than men in mining workplaces and some had difficulty adapting to mining workplace culture; women struggle to see themselves in the current Canadian mining workplace culture.

MiHR is working hard to change these perceptions.

Efforts are underway to increase the proportion of women in the Canadian mining workforce from 19 per cent in 2017 to a percentage closer to that of the wider working population, where women represent approximately 48 per cent of the workforce. To retain a diverse talent pool, employers will benefit from examining workplace culture through a ‘gender lens.’ 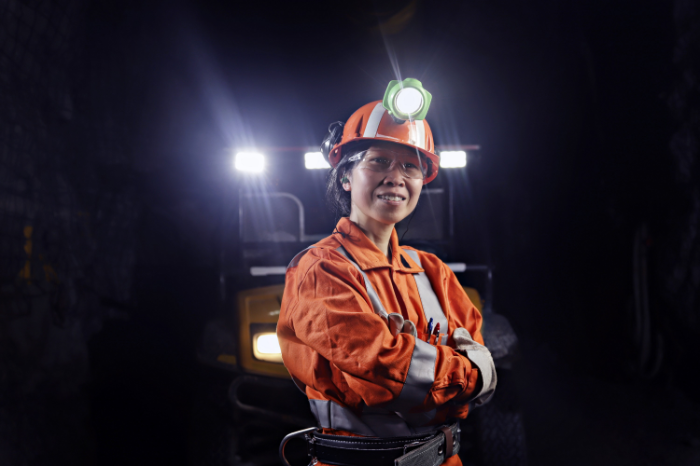 The right tools for the job

“GEM Works provides mining companies with the knowledge and resources necessary to increase the participation of women in the sector,” said Jennifer Wright, Senior Director, Employment and Diversity Initiatives at MiHR. “It provides comprehensive tools and training to guide companies who have set out on the journey towards gender equity and an optimized labour supply.”

One of the most commonly adopted options for training through GEM Works is the Gender Champion approach. Ten organizations join to form a GEM Works cohort, and each participating organization selects an executive-level Gender Champion. The champions participate in a one-day training workshop to drive organizational change towards a more gender-inclusive workplace, and then selects two Change Agents from within their organizations to assist. The Change Agents complete eLearning modules developed by MiHR. The eLearning suite is complimented by the GEM Works Toolbox, a step-by-step guide to help change agents remove unintentional barriers to gender inclusion in written policies and procedures.

What can one person do?

Engaging your organization in GEM Works and becoming a Change Agent is one way to take an active role in transforming mining workplaces into gender inclusive environments. Shayne Heintz, senior coordinator, training for Taseko’s Gibraltar open pit copper-molybdenum mine in British Columbia, and Dave Duczeminski, a senior maintenance manager at Vale’s nickel operations in Sudbury, Ontario, both acted as Change Agents for their respective companies during the GEM Works pilot in 2016.

In Sudbury, Duczeminski, together with Vale’s Gender Champion Helen Francis, Leader of the Continuous Improvement Journey in Canada, examined the language used in job postings for industrial electricians in the dominantly male maintenance area. They scanned job descriptions and postings for hyper-masculine language and replaced words such as ‘strong’, ‘competitive’, ‘dominance’, and ‘control’ with more inclusive language with guidance from the GEM Works tools, such as capable, ambitious and leadership, respectively.

“As a hiring manager, my main objective is to hire the absolute best people we can find,” said Duczeminski. “GEM Works presented an opportunity to expand the pool and have a better chance of picking the right people. If we are going to attract more women into mining, we have to have a 10 to 15-year vision.”

At Gibraltar, change agent Heintz worked with Gender Champion Robyn West, Superintendent, Human Resources, to review several of their Safe Operating Procedures (SOPs). Heintz found that gendered language was used within many of the SOPs, particularly the use of the masculine pronoun ‘he’.

Heintz understood from the GEM Works modules he had completed that language used in job advertisements and task descriptions can have a huge influence on who can see themselves in those roles, and who is expected to complete those tasks. By replacing ‘he’ with the gender-neutral ‘they’ he sent a message that the role is a good fit for both women and men.

“MiHR’s GEM Works program really made us step back and think about the women we have in our workforce at Gibraltar,” said Heintz. “We have done a lot of work since to ensure that our policies and procedures are not gender-specific.”

The blasting crew at Gibraltar welcomed its first woman in many years to their team in 2015. To ensure an inclusive onboarding process, Heintz and West closely reviewed the vacancy notices and blasting SOPs, working with trainers to remove barriers such as wording to ensure they were not discouraging women from joining the blast crew. 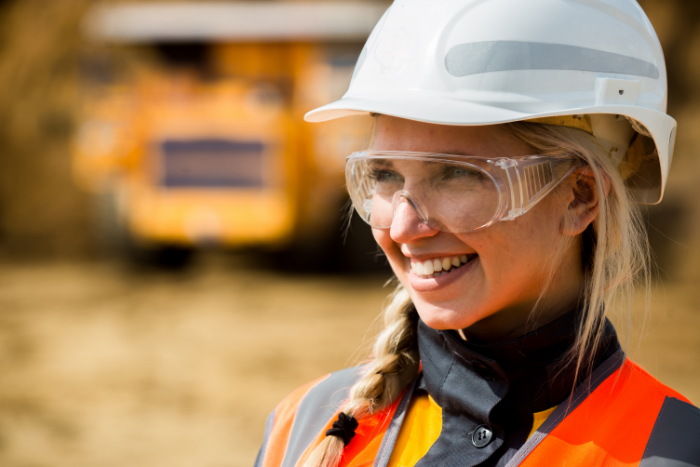 The successful GEM Works pilot wrapped up in 2017 and MiHR has evaluated the program to update its delivery model to be accessible to a wider range of companies. Attracting and retaining more women in the mining industry will require a combination of collaborative solutions like GEM Works alongside longer-term programs that encourage school-age girls and young women to pursue science, technology, engineering and math (STEM) studies and build gender-inclusive awareness of the industry.

Fortunately, though the road ahead may be long, innovative programs are already underway. Go Eng Girl is helping young girls in middle school and high school gain exposure to various post-secondary STEM programs, while companies like Covergalls are helping women better adapt to mining workplace culture by making work wear specifically tailored to female bodies. MiHR also hosts ENSEMBLE: The Mining Diversity Network, an online social network where anyone is welcome to join to network and discuss diversity in the mining industry, share files and job postings, and view monthly webinars focused on timely topics.

Kylie Williams is a freelance science writer with a passion for sharing engaging stories about resource exploration, mining and energy. She writes about the technology, communities, and sustainable practices that are critical to the future of these industries.