Four Cutting-edge Technologies Set to Change the Future of Mining

Since the first time a monkey picked up a stick, the world has loved gadgets that make our lives easier. Today, we’ve got everything from robot vacuums to tubes we shout at to order more toothpaste. It’s like we’re living in the Jetsons (minus the flying cars).

Most of these devices focus on the home. Shopping. Cleaning. Counting steps as we bust out to “Groove Is In the Heart.” But, what about at an industrial site — like a mine?

Rest assured, there are loads of wild technologies to automate and optimize mining. And, they’re only getting wilder.

A few weeks ago, Deloitte published its annual Tracking the Trends report on the biggest changes coming down the pipe for the mining industry. This year, it singled out several bleeding-edge technologies looking to give mines an extra edge.

The hottest toy of the 2014 holiday season actually has lots of uses for industry. Deloitte suggests that mines could start using drones for safety and observation in the near future.

Drones with cameras could assist in geophysical surveying from the air, without needing to clog up haul roads. With more advanced technology, they could go a step further and monitor ore bodies in real time. They could also collect data on current operating conditions for safety purposes.

In each case, drones work well because they’re so unobtrusive. They can maneuver on their own to collect data and not interfere with regular operations. That’s a huge boon in an industry where minutes make a big difference. The chemical industry already uses drones to monitor its tanks and pipelines for safety. The cheaper and more powerful they get, the more likely that mining will put drones to good use — especially in areas that are difficult to access on foot.

Wearables are another hot topic in mining (and they go way beyond FitBits). Smart vests and hard hats are already showing up on sites to take care of routine tasks such as carbon monoxide or personnel tracking. Australian company SmartCap offers a complete fatigue monitoring system in the guise of a baseball cap. Deloitte is even getting in on the action. According to Forbes, the consulting firm has created a beeper-style communicator that detects environmental hazards.

Because they’re discreet, wearables are worthwhile tools for tracking data while helping operators maintain their situational awareness. With a little integration, these devices could send their data to collision avoidance or fleet management systems — streamlining the data flow through the whole operation.

Mining is even starting to incorporate 3D printing technology. It hasn’t spread far yet, but companies like Alcoa have already started 3D printing their equipment parts. (Unfortunately, they’re only printing them from a plant outside Pittsburgh at the moment.)

Still, 3D printing has the potential to completely transform mining supply chains. With a printer on site, maintenance departments only need a drum of powdered metal to produce any replacement part they need — from a new bolt to a new shovel bucket.

Mining is even starting to incorporate 3D printing technology. It hasn’t spread far yet, but companies like Alcoa have already started 3D printing their equipment parts. (Unfortunately, they’re only printing them from a plant outside Pittsburgh at the moment.)

Still, 3D printing has the potential to completely transform mining supply chains. With a printer on site, maintenance departments only need a drum of powdered metal to produce any replacement part they need — from a new bolt to a new shovel bucket.

That’s interesting itself, but 3D printing’s real advantage comes from removing all the friction before the part arrives on site. Instead of maintaining a huge warehouse of inventory, mines with a 3D printer could simply produce parts to order — erasing most storage and shipping costs. Parts would never get stuck on backorder, so a mine would never wait weeks for a special tire or rotor to get their trucks back on the ready line.

The extra tags and sensors of the Big Data age have actually given rise to an entirely new concept: digital twins. More than just computer models, digital twins are virtual companions of a physical object (like a machine component). Onboard sensors transmit data in near real-time to a software system, so the digital twin mirrors the exact condition of the physical one. Maintenance technicians don’t need to open the hood to find the problem, they can simply click through an application and learn everything they need to know.

That’s useful, but digital twinning technology becomes really valuable when it moves into Internet of Things territory. Digital twinning technology could let a smart component order its own replacement based on its exact condition, not some arbitrary timeline. If a mine integrated a digital twin system to a 3D printer, it could have every replacement part ready and waiting as soon as equipment went in for PM — automatically.

Yes, these technologies sound pretty out there at the moment. But, smart mines know how quick a new technology can disrupt the entire industry. (Imagine mining today without a fleet management system?)

Still, throwing an app at a problem won’t solve anything. Tracking the Trends makes clear that success for mines lies in weaving the concept of innovation throughout the entire operation. So, it’s worth asking yourself: Is there a better way to handle your current problem? What little hack could transform your operation and save millions of dollars in years to come? 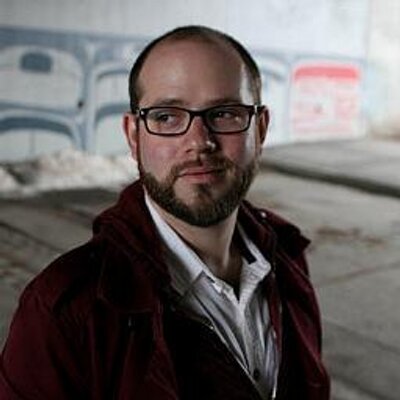 Devon Wells (@devongwells) is a content writer with Wenco International Mining Systems. He recently delivered a white paper, Knowledge Transfer at Mines: How E-Learning Technology Can Ease the Burden, at the 2017 SME Annual Conference & Expo. Learn more about Wenco and its mining technology at www.wencomine.com.Text content