The 11th edition of the Double défi des deux Mario challenge has once again invited outdoor enthusiasts to cross Lac Saint-Jean by cross-country skis or snowshoes, covering a distance of nearly 30 kilometres.  The event set out to raise money for the On the Tip of the Toes Foundation (Fondation Sur la pointe des pieds), which helps young people living with cancer to regain their well-being by facing the challenge of a therapeutic adventure expedition, with activities ranging from kayaking to dog-sledding.

The team of 44 trekkers was comprised of local Saguenay–Lac-Saint-Jean Rio Tinto employees, as well as some of their colleagues from the company’s aluminum headquarters in Montreal.  Taking part in this year’s expedition was no small feat, with February temperatures dropping to a fear-inducing minus 30 degrees Celsius.  Last year, 16 Rio Tinto employees participated, which only goes to show the growing popularity of the event.

Not an easy walk in the park

For André Martel, director of operations at Rio Tinto’s Alma site and the lead for his organization’s team, it was a great pleasure to see the growing enthusiasm amongst Quebec companies for the event.

“It’s a one-of-a-kind fundraising campaign, which allows us to push beyond our limits while surrounded by a breathtaking outdoor setting,” says Martel.  “We had the opportunity to live an authentic experience – all in the name of supporting a worthwhile youth cause.  Congratulations to everyone who participated in the crossing, but also to the individuals and companies that made donations.”

Rio Tinto’s commitment to this cause is also representative of the company’s values and how it conducts its day-to-day business; most notably, the safety and wellbeing of employees, contractors and communities, which is a top priority.  A number of precautions were taken by Double défi des deux Mario organizers before the journey, including extensive training for all participants, drafting a pre-tested emergency plan, supplying guides for each group, and a snowmobile support team that followed the trekkers with hot water for hydration.

One of the co-founders of Double défi des deux Mario, Mario Cantin, successfully climbed the world’s highest mountain, Mount Everest, last May.  According to Cantin, it was colder on the lake than it was at the Everest base camp, 5,000 feet above sea level.

Each crossing has its own set of particular weather challenges.  Of the nine days spent on the lake by three different teams, the weather conditions alternated between windy, raining, and snowing.  This make each day of the event unique for the participants and even forced organizers to implement a change in the course over the final days.

The 11th edition of the event raised a grand total of $251,000, of which close to a third ($75,000) was contributed directly by the employees from Rio Tinto, which was the official presenter of this year’s Double défi des deux Mario. 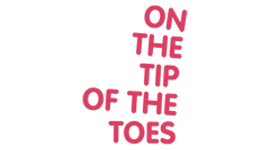 About: On the Tip of the Toes Foundation

On the Tip of the Toes Foundation provides young people living with cancer the opportunity to leave the hospital and to take a break from civilization and their usual environment. The Foundation creates a situation which aims to rebuild self-esteem and restore hope in life through the challenge and self-transcendence that these therapeutic expeditions allow.