Underground mining operations are commonplace across the world and serve as an economically essential everyday operation.  However, with this quantity of mining sites comes the added risk of disasters.  When it comes to the lack of visibility, dangers increase and safeguarding becomes more challenging.

In the summer of 2021, a mine collapse occurred in the eastern United States causing an explosion of air carrying dirt and rocks that flew out of all portals and ventilation raises.  With rocks and debris swirling around following the blast, the air was estimated to be moving at around 120 miles per hour and causing significant danger to personnel in the vicinity.  As such, a mission-critical response was required immediately to ensure a safe and rapid evacuation.

Upon further investigation, it was determined that the collapse was caused by the failure of fragile pillars, which dated back 40 to 70 years.  This caused a surface subsidence of approximately 800 feet across and more than 100 feet deep.  Fortunately, no one was injured.

Preceding the collapse, the mine had a two-way radio system running over a leaky feeder, which was rendered unusable following the collapse.  This led to a reception breakdown of the entire operation.  Following the incident, the Mining Safety and Health Administration (MSHA) determined that no one should enter the mine until a detailed unmanned survey could be conducted to assess the mine’s condition.

With the hold-up of the mine a critical issue for the day-to-day operations of the site, impacting jobs, and the economic stability of the region, the solution to achieve mine restoration came from Rajant Corporation® and its technology partners Australian Droid and Robot (ADR) and PBE Group.  Although ADR had a range of robotics to assist in the major inspection operation, it needed to ensure that it could attain the depths required for this mine’s inspection using only robots.  After a successful trial in homeland Australia, ADR traveled to the United States with its latest ground-based units.  However, it needed a reliable network partner to provide this unmatched wireless connectivity to ensure that the automated technology had full mobility and live-stream visibility underground.

In a landmark event, the team worked together to undertake the unmanned investigation and completed the deepest remote underground mine inspection in history.  This involved digging down to the impressive depths of 1.7 kilometres by using ten, state-of-the-art ADR Explore XL unmanned robots and Rajant’s robust Kinetic Mesh® network.  This highly successful mission therefore enabled the reestablishment of operations at the collapsed limestone mine, restoring jobs, preventing further costs, and ensuring site safety in the process.

The wireless network utilized was Rajant’s patented Bread Crumbs®, which were installed at the surface of the mine and on the robots to provide a reliable, fully redundant, and private high bandwidth link from the mobile units to an emergency operations center.  Rajant oversaw ADR’s fleet of ground robots and remote surveying, all of which were equipped with the continuous, never-break network technology.

When set up with the microscopic nodes, the robots daisy-chained into the mine and delved along various routes of the area.  During the longest mission, the robots transmitted a reliable 80 Mbps, and were armed with high-definition video and Lidar to create a virtual 3D model of the mine for full visibility of its general state following the incident.

Just a week after the successful operation, the team had acquired enough data for the mining organization to be able to restart operations, resuming with immediate effect.  Rajant’s help in assisting the network equipment proved vital to the mine inspection and served as the perfect mining network to complement the operator’s mission-critical operations.

The fully mobile Bread Crumb nodes can adapt to the varying mining topographies and share information over a mobile, highly adaptable web of communications.  The Kinetic Mesh network can be attached to buildings, underground assets, and people.  If a path becomes blocked or broken by interference, the wireless mesh network can redirect traffic accordingly to ensure operations never slow down, or seize.  This systematically provides the real-time information necessary for operations to function productively.

By offering this unwavering connectivity, Rajant’s wireless network solution can enhance innovative and advanced technological capabilities, ensuring that incidents can be investigated rapidly and effectively – not only powering robotics, drones, and mobile equipment, but also ensuring that the daily operations of a mining site remain running as seamlessly as possible. 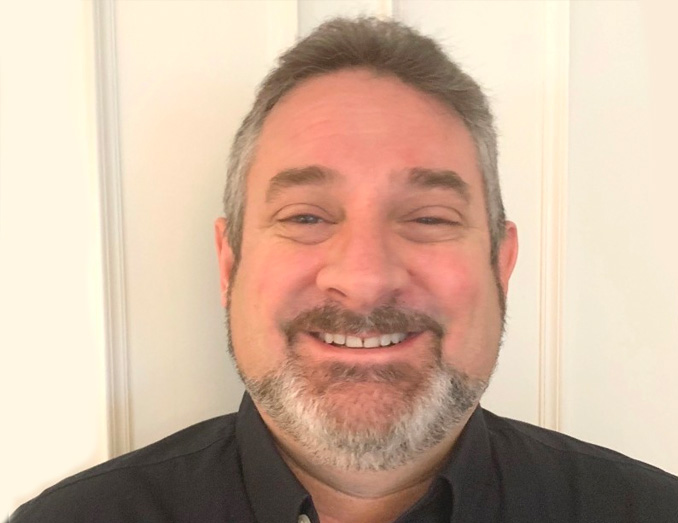 Rajant Sales Director Darrell Gillis is a third-generation miner with over 25 years of sales experience in Canadian mining, including in operations, communications, and automation.  Darrell started underground in the 1980s, working for his father in the Uranium Mines of Elliot Lake before graduating from the Haileybury School of Mines and Nipissing University.  He has sold communication, remote control, and automation systems to more than 65 mines.