Whether you’re a miner in Toronto, a resident of British Columbia, or a girl in a far-away classroom, you are now able to tour the Bethune potash mine in southern Saskatchewan; no hard hats or travel time required.

Virtual reality has allowed K+S Potash Canada to present tours of its greenfield solution mine almost from the beginning of its existence.  VR is the coming thing in mining — not just for technical purposes, such as training and design, but also for outreach; and K+S is on the early edge of this amazing technology.

The company’s foray into VR started during the construction phase of the massive project.  Even as engineering subcontractor Wood PLC was helping to build the multibillion-dollar mine, K+S Potash Canada was building a 3-D model of it.

The model was fed into high-tech software to create a sophisticated virtual reality system requiring a high-powered computer and room sensors for functionality. Wood then provided the model to K+S, which has translated it into a second, easily-transportable, stand-alone system.

That second system has already found its way to Port Moody, B.C.  The potash miner, in partnership with Pacific Coast Terminals, constructed a state-of-the-art terminal there for the handling, storage and export distribution of the Bethune potash.  To introduce themselves, K+S participated in the annual PCT open house.

The B.C. crowd may not have known a great deal about potash, but was very interested in the new company moving into town.

“We developed the VR to bring the mine to them,” said Maeghan Dubois, Manager, Communications and Corporate Affairs for K+S Potash Canada.  “We had a lot of success. It seemed people were quite excited to tour the mine and see firsthand where the potash was coming from and where the railcars were coming from.”

K+S could hardly host the entire town of Port Moody at Bethune; nor could the company easily offer, for example, school tours for far-away students.

“The reason K+S Canada finds this to be an excellent tool is that touring the mine is quite difficult,” Dubois noted.  “We’re located outside urban centres and there’s quite a process to get into the mine whether due to PPE (personal protective equipment) or for travel reasons.  It’s a great resource to show members of the community what our potash mine looks like.”

Taking VR on the road

The original, more sophisticated version, supported by high-powered computers and room sensors, was debuted by Wood at the Prospectors & Developers Association of Canada (PDAC) convention in Toronto during the project phase, said Dubois.

“Participants at PDAC were able to tour it, and they had a system to project the images on the large screen. The user was able to interact with the space around them.

“It’s so realistic, I have trouble even climbing up the ladders with my slight fear of heights,” said Dubois with a laugh. “It creates the same sensation as climbing up a real ladder.”
K+S also used the Wood VR system at the Girls in the Classroom program sponsored by the International Minerals Innovation Institute (IMII) and it proved to be a big hit.

“They were exploring the production facility with virtual reality,” recalled Dubois.  “There were lots of laughs and excitement.  Wood’s version is more interactive. With the version we take to events, you can look around and use your pointer to explore different places. With the Wood version, it allows you to walk forward, climb ladders and explore your space.”

“Knowing it’s a solution mine, a big production facility with these large pieces of sophisticated equipment, it really helps you understand the scale of it,” she added. “When you’re wearing your VR goggles you really get the sense of how large it is.  It’s a safe, effective way to bring people to the mine site that otherwise wouldn’t be able to take a look.”

VR as an educational tool

Dubois says it’s very important to help the community understand what the potash mining industry is all about, and VR is helping K+S get the message out.

“There’s an impression that it’s an old-school industry and being able to see firsthand how innovative this mining technology is brings it into a new light,” she said.  “Showing students what the mining industry is all about brings a level of excitement. It removes those barriers and misunderstandings and elevates the awareness of mining – which is important in terms of attracting the next generation of employees to the industry.”

While K+S hasn’t yet used it on design or safety, Dubois can definitely see the potential.

“We deal with engineers in Germany (where parent company K+S Group is based) and could use VR with both parties experiencing the space without having to fly over to view it,” she said. “The potential is limitless.”

Matt Sun, project designer for KSPC, also sees the potential for training, safety and project design, although some of those applications may still be a few years out.

“For my entire career, mine sites have been expanding or trying new things,” he said.  “The technology has to be easy to use and it needs to be portable. Technology is getting smaller and more compact, more powerful. Technology is moving that way and VR tech will also get that way. As it becomes cheaper, easier to use, more accessible, I think it’s going to take off, absolutely.”

The safety application comes mostly down to training, said Sun. For example, a new employee could view the mine and simulate its operations before he or she goes into the field.

Another application would come during new construction.

“As the project is getting built, you can simulate it so when employees go to use it, they already know what they’re getting themselves into.”

Where Sun would become deeply involved would be during project design.

Sun and his team already have developed the transportable model for outreach, by modifying the Wood 3-D model through importation into Unity, a popular video game software program.  Then, they created the headsets and hand controls, allowing users a 360-degree view.

“It’s a pretty good interaction, but you’re stationary. That’s the simplified version for trade shows, for people who have never been to the mine. They can stand at a certain point in the mine and see what it’s actually like to be there.”

K+S is also looking at deploying the more sophisticated Wood model for in-house purposes, he added. It’s known as “six degrees of freedom” or 6DOF, where you can walk around and interact with your surroundings.  The transportable tour model offers “three degrees of freedom,” or 3DOF.

“The (6DOF) setup is universal between the manufacturers. You have two hand controllers to track your hand movements and give you control over the environment,” he explained.  “The headsets allow you to see and have a set of headphones if you want to simulate any noises in the scenario. The other piece is that there are two sensors opposite you set up in the corners of the room that track your movement.”

“You need a pretty powerful computer to run the VR simulation and broadcast it to the headset,” added Sun.  “The impact of the VR experience is quite intense.  It’s not like watching something on TV or YouTube.  No – it’s 100 per cent to scale and it’s like you’re standing in front of it in real life.”

K+S Potash Canada’s virtual reality is featured in a video produced by IMII to recognize the innovative nature of Saskatchewan’s minerals industry. The video, and others in the series, is available at https://www.imii.ca/communications/videos/.

For more information about K+S Potash Canada and their Bethune operation, please visit their website at http://www.ks-potashcanada.com/.

For more information about Wood, its activities or projects please visit: www.woodplc.com. 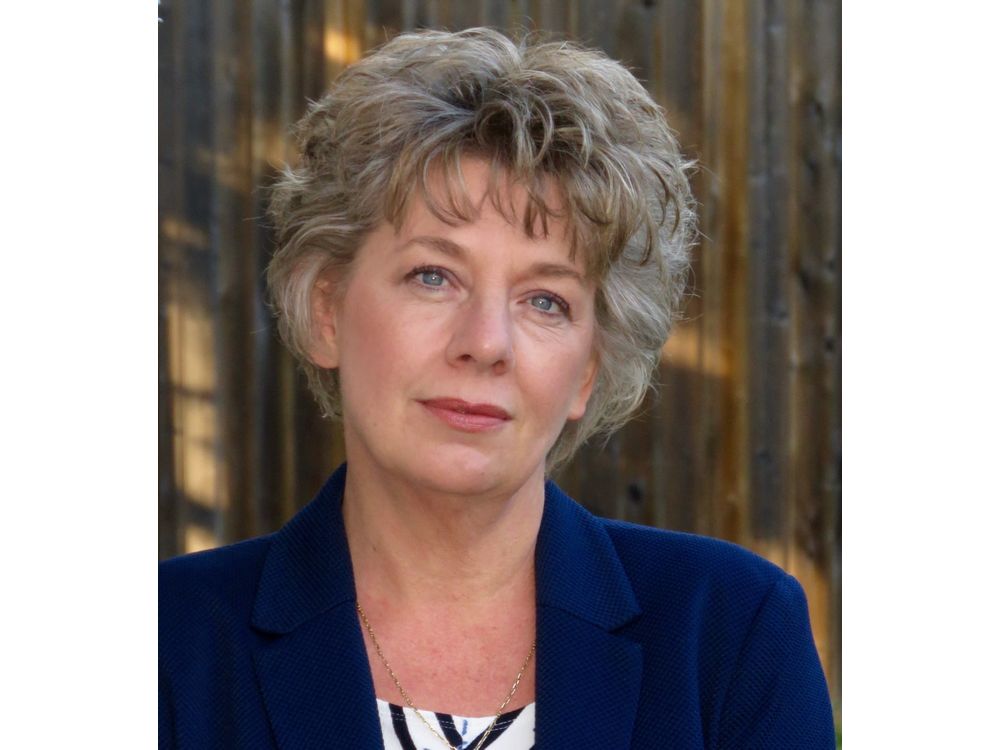 Joanne Paulson has been a writer and journalist for her entire life and has worked for more than 30 years at the Saskatoon Star Phoenix, starting at the age of 15.  In the newsroom, she was a reporter, business editor, arts editor and occasional news editor.  Paulson was also the editor of The Western Producer, an agricultural publication, and works for the community newspaper, the Saskatoon Express.