Mining in the Land of the Midnight Sun 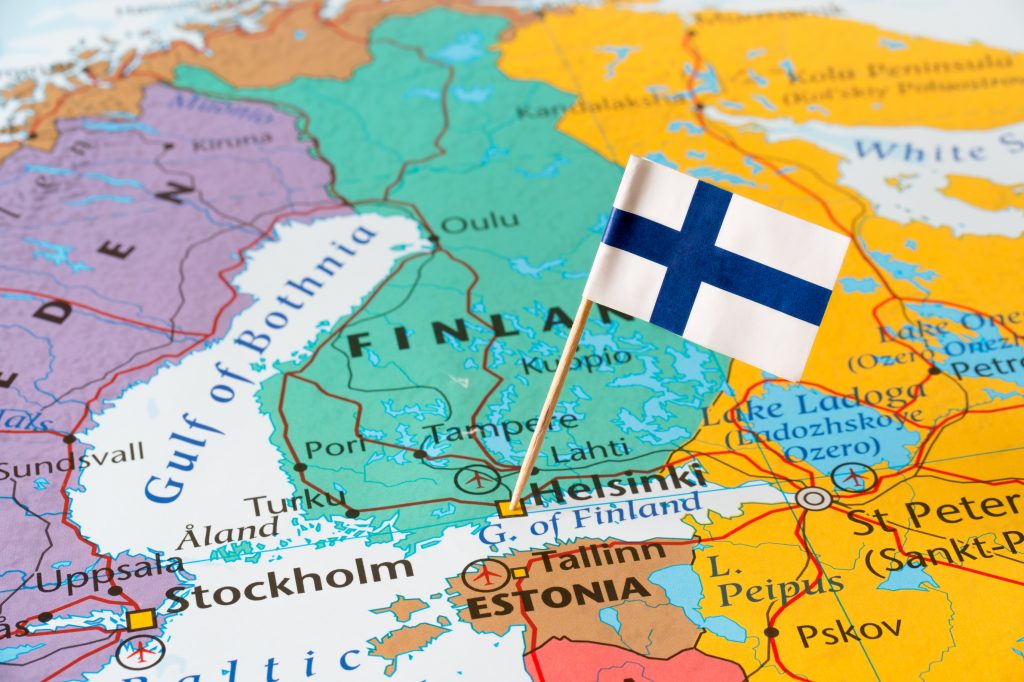 Although Finland has a long history of mining, during the last decade, the mining industry has experienced a rebirth in Finland. This Scandinavian country is now viewed as one of the most attractive mining countries in the world, mainly due to the availability of geological data, a skilled workforce, well developed infrastructure, political stability, transparency and the Finnish Mining Act, approved in 2011, that clarifies the rights of various stakeholders.

The Fraser Institute’s Annual Survey of Mining Companies in 2017 concluded that Finland was the top jurisdiction in the world for investments in mining given its high Investment Attractiveness Index. This survey assesses how mineral endowments and public policy factors such as taxation and regulatory uncertainty affect exploration investment. Survey responses are tallied to rank provinces, states and countries according to whether public policy factors encourage or discourage mining investment.

The Fraser Institute’s Investment Attractiveness Index is constructed by combining the Best Practices Mineral Potential Index, which rates regions based on their geologic attractiveness, and the Policy Perception Index, a composite index that measures the effects of government policy on attitudes toward exploration investment.

The Investment Attractiveness Index, which takes mining potential into consideration, acknowledges that while it is useful to measure the attractiveness of a jurisdiction based on policy factors such as onerous regulations, taxation levels, the quality of infrastructure and the other policy related questions, the Policy Perception Index alone does not recognize the fact that investment decisions are often largely based on the pure mineral potential of a jurisdiction.

In fact, survey respondents have indicated that less than half of their investment decision is determined by policy factors. Finland’s high Investment Attractiveness Index is due to the fact that Finland has not only an attractive regulatory and policy regime but is also viewed as having great potential for new discoveries because exploration has been undertaken on a small-scale basis or not at all in the past.

The 2017 Fraser Institute awarded Finland an Investment Attractiveness Index overall score of 83.8, the highest of any country in the world. This enabled Finland to displace Western Australia as the top mining jurisdiction in the world in the previous year. Western Australia dropped to fifth overall. Saskatchewan moved up five spots to rank as the second most attractive jurisdiction in the world for investment. Saskatchewan was followed by Nevada, Manitoba, Quebec, Wyoming, Newfoundland & Labrador, Yukon, and Alaska.

Finland achieved this ranking even though the European Union (EU) has a biodiversity policy, Natura 2000, that covers almost 18 per cent of the EU’s land area and includes 15 per cent of Finland and approximately 30 per cent of Northern Finland (Lapland). Although Natura 2000 was never meant to be a system of strict nature reserves where all human activities are excluded including mining exploration, EU Guidance does require a plan or project likely to have a “significant effect” on a Natura 2000 site to undergo an “Appropriate Assessment” study. This requirement usually takes six months or more.

Mining companies which operate in Finland are required to pay corporate income taxes (20 per cent), a value added tax (24 per cent) on goods and services, and exploration and excavation fees to the landowners. Also, private parties have to pay a transfer-of-assets tax and real estate tax in the event that the private party acquires real estate in Finland.

In contrast to many other countries, Finland also has many high-class geological databases available on the internet. The infrastructure and availability of skilled subcontractors and labour is generally considered to be good. In addition, the public sector provides many services for the mining and exploration industry that are not provided in other countries and, therefore, companies do not have to incur large costs for these services.

Exploration permits are granted on a first-to-file basis by the Mining Authority. The term of the exploration permit is up to four years with three-year extensions and a total term limited to fifteen years. The permit holder has the right to conduct geological surveying and other research necessary for establishing the location, shape, orientation and exploitability of a mineral deposit.

With respect to precious metals, Finland is now viewed as the new Klondike. Hundreds of gold deposits in a variety of mineralization styles are said to be present in Finland. In recent years, it has been gold that has attracted attention to the area even more than the base metals that have been mined here for centuries. This country is now viewed as one of the best in Europe as far as potential for continued gold production in the coming decades. Several Canadian gold mining companies, including Agnico Eagle, Aurion Resources, Mawson Resources and Firesteel Resources, have purchased properties in Finland.

In northern Finland, Agnico Eagle’s Kittila mine is the largest gold producer in Europe and is expected to continue to operate until 2034. The Kittila mine is close to Aurion Resources’ Kutuvuoma mine, which Aurion is developing in partnership with B2Gold. Mawson Gold has teamed up with Goldcorp to implement a drilling program on its high grade Rompas project, which is just south of the Arctic Circle.

Firesteel Resources has purchased a previously producing gold mine at Laiva, located in southern Finland. This open pit mine has all its required permits and Firesteel is planning to bring it into production in August of this year. Firesteel anticipates that its expertise will enable it to generate greater rates of recovery, plant utilization and revenue given its improvements to the milling equipment which include better crushing, leaching, grinding and cyanide recovery processes than the previous mine operator.