The United Nations estimates that the world’s population will climb from approximately seven billion today up to roughly nine billion by 2050.  This will certainly mean there is a higher demand for food to feed the growing populace, as well as more work for the farmers to produce that additional food.  And they will need fertilizers to do it.

This is where potash will play a role, as 96 per cent of the world’s production of potash is used in fertilizers. And the ten potash mines located in the province of Saskatchewan presently account for more than seven million tonnes of potash, or about 25 per cent of the annual world production.

The mission of these potash mines is to help the world grow the food it needs. By striving to produce and deliver the highest quality and the most innovative crop nutrition products, they help farmers rise up to meet the challenge.

The simplest measure of the health of the potash industry is the price that the nutrient commands on the world market. But whether the price per tonne dips to US$150, as was seen in 2005, or skyrockets to US$900 as it did in the heady days of 2009, the true guarantor of success in the industry will depend on cutting unnecessary expenses, ensuring safety, and benefiting from the long-term planning made possible by market-leading processes, equipment, and technology.

Challenges: Potash is a beast

Potash is by no means easy to process; demanding material characteristics combined with unique processing requirements make it a challenge to mine. Since potash is a corrosive material, it can progressively destroy metal through chemical action. Potash creeps its way into nooks and crannies to eat into equipment, and hardens into sharp crystals that can cut and tear into seals.

When Scott Paish of Rittal visited some Potash Mines in Saskatchewan, along with Rittal’s distributor partner, Jonathan Petryk of E.B. Horsman & Son, the doors of the traditional Nema 4X enclosures were falling off because of the caustic dust lodging inside the hinges, causing corrosion. The potash mines were looking for an enclosure to protect valuable automation, instrumentation, and electrical equipment that come into contact with potash during processing.

Petryk says, “Our main goal has been to find an enclosure that can withstand the corrosive atmosphere, offer all-round protection, and last longer in potash mines. This will help keep the bludgeoning costs in this potash mining industry down, if the enclosures have some longevity!”

Solutions: Hygienic design is a protector

After evaluating and introducing Rittal’s Hygienic Design (HD) enclosures in two of the potash mines in Saskatchewan, they became more convinced that they might have hit upon the perfect solution.

Paish adds, “Usually, the mine workers have to use a screwdriver or sharp tool to chip away the corrosion and build-up around the seals, and often, the enclosure gets damaged. With the HD enclosures, this does not happen, leading to valuable savings in time and costs!”

In a potash mine, it is important to ensure that the critical automation equipment housed inside the enclosures is working efficiently at all times. After all, reduced downtime leads to more potash for fertilizers and, ultimately, increased food production for a healthier, happier world!

Already, Rittal’s TS8 enclosures, climate control, and power distribution systems have earned a name for themselves in the potash mines. And now it’s time for Rittal’s Hygienic Design enclosures to shine: they not only last longer for all the reasons mentioned above, they are also easier to mount and move, which leads to huge savings in resources and more efficiency!

So far, Rittal’s HD enclosures have been adopted in two of Saskatchewan’s potash mines.

Petryk adds, “The good news is that so far, we’ve had nothing but positive feedback on their performance and we are looking forward to expanding their use”.

The other potash mines in Sask. have been evaluating various enclosures, and the HD solutions have drawn the most interest. Hopefully, we will soon see these HD solutions being specified for new mining projects, and the future for potash mining will be hygienic and bright!

Rittal’s Hygienic Design solutions have already taken the Food & Beverage industry by storm, and hopefully, they will soon become an ‘industry name’ in the mining, offshore drilling, oil & gas, and other industries where the harshest conditions call for a ground-breaking HD solution! 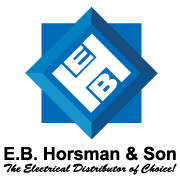 E.B. Horsman & Son was established in 1900 in the small town of Moosomin, Saskatchewan. Today, E.B. Horsman & Son is the largest independently owned full-line electrical distributor in Western Canada and designated as one of Canada’s Best Managed Companies. E.B. Horsman has over 270 employees, over 20 locations and an industry leading distribution model comprised of a head office and distribution centre designed on the principles of Operational Excellence. The company’s goal is to become a Distributor of Choice by providing the best people, best products, and best service in the electrical industry. 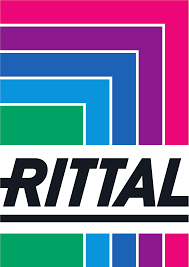 Rittal Systems Ltd., headquartered in Mississauga, Ontario, is the Canadian Subsidiary of Rittal GmbH & Co. KG, Germany, which is the world’s leading system supplier for enclosures, power distribution, climate control, IT infrastructure, and software & services. Founded in 1961, Rittal is now active worldwide with 13 production sites and 58 subsidiaries. With over 11,000 employees worldwide, Rittal is the largest company of the proprietor-run Friedhelm Loh Group of Haiger, Germany.

Copper Shortages and Sustainability Goals: is Ore Sorting the Solution?

Efficient Operations are the Name of AIM’s Game