Operating in the “New Normal”

New normal. A buzz phrase that didn’t even exist a scant five months ago now is the defining term of 2020 – and beyond.  As the COVID-19 pandemic continues to rage, citizens have had to adjust every facet of their lives.  How do we work?  How do we educate our children?  How do we care for our elderly?  How do we maintain our mental health in a world deprived of so much human interaction?

All tough questions with no ready answers.  But there’s another new normal that demands attention because it has implications that are just as far-reaching.  Businesses are facing their own “new normal”; a global reckoning born of economic events and social change.  Corporations are being called upon to cast aside Milton Friedman’s 1970s gospel of shareholder primacy in favour of a new business model, one animated not solely by profits, but purpose.

This paradigm shift can trace its roots to the 2007-2009 Great Recession.  That global financial crisis saw millions of people lose their homes, savings, and employment.  The S&P 500 index fell by 57 per cent between 2007 and 2009, as foreclosures skyrocketed and businesses previously called “too big to fail” teetered on bankruptcy.  While economies and markets recovered, the Great Recession had long lasting effects.  In 2010, the wealth of the median American household headed by a person born in the 1980s was 25 per cent lower than that of earlier generations of the same age group.  By 2013, the gap had grown to 41 per cent, and as late as 2016, it still stood at 34 per cent.

These economic realities had profound social implications.  Combined with the dynamics of outsourcing and the hollowing out of western manufacturing economies, they led many to question the merits of the capitalist system.  Movements such as “Occupy Wall Street” rose up in protest; politicians such as Bernie Sanders and Alexandria Ocasio-Cortez found audiences among young people who felt the system they had been told to believe in had let them down.

Rise of a New World

At the same time, rights-based citizens’ movements emerged around the globe, on issues ranging from climate action, transgender rights, the “ME TOO” movement, indigenous rights, and now Black Lives Matter.  Social media provided a platform that allowed activists to amplify their voices, form coalitions, and call out actions they disagreed with, including those of businesses.  Throw in a global pandemic, and business is facing a perfect storm of anti-corporate sentiment that is demanding response and reinvention.

The result is a global conversation about the purpose of the corporation.  Today’s companies are no longer expected to simply supply goods and services, but to drive social change.  But how does a company find its purpose?  How does it decide what causes align with its consumers, product, workforce, and mission statement?  And how does it avoid putting a foot wrong in a world awash in criticism and “cancel culture”?

For SMEs, this presents a particular challenge. Many already have tight margins, and have seen their revenues dramatically decreased by COVID-19. Meanwhile, expenses have stayed the same, and in some cases even increased.

At the same time, most Small to Medium Enterprises (SME) are already entrenched in the social fabric of their respective communities and already focus on more than profitability.  As tough as it may be during these trying times, for many SMEs, the calls for purpose and profit to go hand-in-hand actually present an opportunity, a chance to differentiate themselves from the competition and use purpose to their advantage, while providing even more value to the communities they care about.

Individual SMEs will not drive large-scale social change, but the cumulative impact of their actions could be extremely significant.  Consider the role of Canadian construction companies.  With over 380,000 such businesses, of which 98.9 per cent are SMEs, construction makes a significant contribution to Canada’s economy and employment.  Regardless of each company’s respective size, should the sector as a whole prioritize issues such as diversity, fairness, and stakeholder involvement, SMEs can have a major impact should they pursue purposeful action.

And their individual challenges often align with major social issues.  For example, lack of gender diversity in male-dominated industries intersects directly with general concerns over the gendered wage gap, female representation in male-dominated industries, and most recently, the “she-cession” caused by COVID-19.  All these will require innovative solutions to address gendered issues of economic opportunity and employment.  Mining companies advocating for solutions can help the private and public sectors reveal existing biases and preconceived notions about women in the labour market.

Speaking out on such issues is not enough, however – words must translate into action.  This could mean creating a workplace culture which openly denounces sexism and toxic masculinity, establishing trainee and educational opportunities for women pursuing a career in building trades, and bringing female decision makers to the table.

To create buy in among stakeholder groups, including suppliers, customers, and employees, companies must show the value of this new sense of purpose.  For example, prioritizing gender diversity can help the mining industry in the long run and benefit all these groups as a result.  Multiple studies link diversity with more effective decision making and greater growth, as the result of varied worldviews and lived experiences.

Purpose isn’t found overnight, however, and business should not simply jump on a bandwagon to look like they are “doing something”.  Fortunately, companies do not need to navigate these uncharted waters alone.  The newly established Canadian Centre for the Purpose of the Corporation works with businesses and organizations as they strive to define, strengthen, and advance the scope of their purpose and values through their operations, their impact on all their stakeholders, and their ability to influence others to do the same.

Meeting these evolving expectations will be an essential part of every company’s future growth.  The lessons of the last decade will hopefully inspire a new approach to corporate leadership, helping build a more inclusive and sustainable form of capitalism.  And that’s a new normal that sounds like a pretty good deal for all. 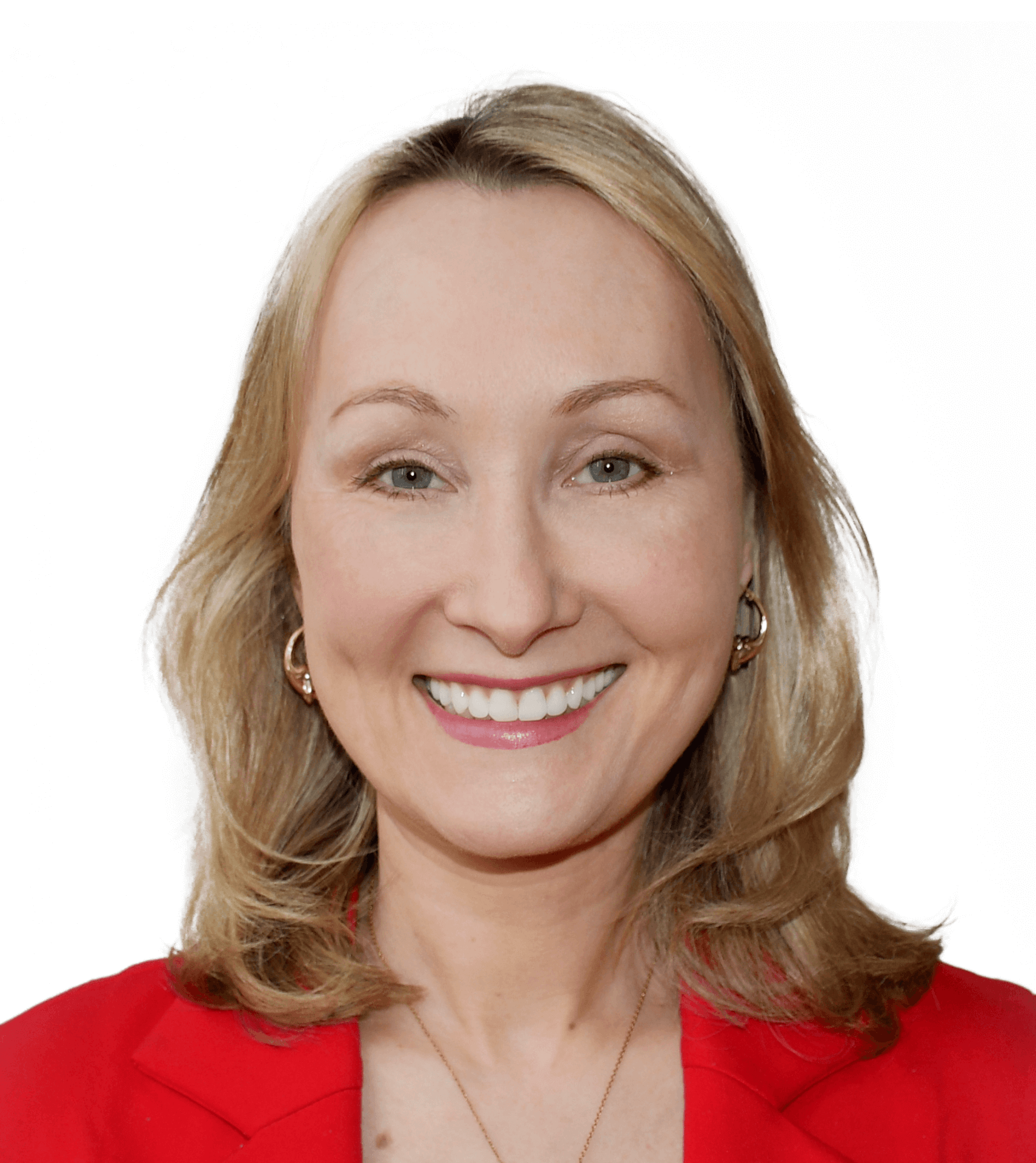 Fluently bilingual, Tasha has served as communications director and vice-president for several major Canadian policy institutes, including the Montreal Economic Institute, the Fraser Institute, and the Canadian Taxpayers Federation.  She also operated her own communications consultancy, advising clients on strategy, message development and media training.  Over the course of her media career, she hosted The Tasha Kheiriddin Show on Global News Radio, co-hosted CTV News Channel’s National Affairs, and served as a member of the editorial board and columnist at the National Post, a columnist at iPolitics.ca, a producer with CBC Newsworld, and an award-winning host-producer at the Cable Public Affairs Channel.  In 2016, the Women’s Executive Network named Tasha one of Canada’s “Top 100 Most Powerful Women” for her work in media and communications.

Today, Tasha continues to write political commentary for La Presse and Global News and provide analysis for Radio Canada-RDI, CBC and Global.  An accomplished author, she is the co-author of the bestseller, ‘Rescuing Canada’s Right: Blueprint for a Conservative Revolution’, and a tax policy and justice contributor for two other books.  A law graduate of McGill University, Tasha will be lecturing at McGill’s new Max Bell School of Public Policy in 2020. 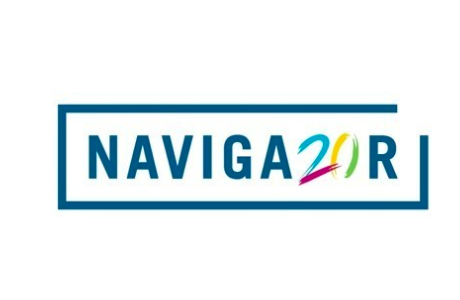 Navigator is a team of experienced professionals with backgrounds in public affairs, public opinion research, journalism, marketing, law, government relations, and politics. Our passion and expertise lead to creative insights and fresh perspectives. Together, we are able to offer clients integrated solutions based on sound research and in-depth analysis that explores issues in new ways.