Orebody Knowledge in Operations: The Dataset That Just Keeps Giving

Written by North Jones at Datacloud

The Lethal Problem of Ignoring Variability

In the late 1940s the U.S. Air Force had a major problem: planes designed to fit the average pilot were crashing at an alarming rate.  Engineers had measured hundreds of pilots and used the average bodily measurements to design the cockpit; the size and shape of the seats and distances to the pedals and the controls.  Investigations showed that mechanical failure and pilot error were not the issues.  Engineers began to wonder if pilot selection had changed over time and repeated the measurement study.  This time they measured over 4,000 pilots and concluded that the average dimensions of pilots had not changed.  But what they did realize is that not a single pilot’s measurements from the 4,000 they measured were average in any of their bodily dimensions.  In designing to the average body, the Air Force had built a cockpit that fit no one.  With this realization, they went on to embrace variability and decreed that the cockpit should be customizable for optimal performance and safety.

The Key to Managing Rock Variability is Measuring It

In many operations the production drilling data is the first comprehensive and measurable picture of rock strength.  Its timing is perfect.  It is early enough that we can still make changes before blasting while giving us reliable indicators of how the rock will grind and dig.  By understanding the underlying rock, we get a better idea of how it will perform in each of the production stages.  The earlier we find out information, the more we can react.

Properly cleaned and processed drilling data can be used to discern properties like Mechanical Specific Energy.  Even if blasting alters nothing from this data, its insights are incredibly valuable to the mill by allowing processing teams to make proactive adjustments based on the properties of the rock.

Mines have often been operating for long periods of time with a persistent culture and a way of doing things.  Making meaningful long-term changes can require careful change management.  Fortunately, blasting is somewhat of an exception to this rule.  Blast pattern design and instructions often fall within a single department and can be modified relatively quickly.  And they can be modified to make large positive impacts to throughput with production drilling data.  For example:

Linking Fragmentation and Orebody Data to the Bottleneck

The real value comes when you link the orebody data and explosive distribution through to the site bottleneck.  Here is where better fragmentation goes from reducing costs to increasing revenue.  For sites with well tracked small ore blocks, the existing dispatch can often be used for linking.  For larger areas, so much of the variability is lost and you end up back at the average rock characteristics you started with.  In that case, you need to turn to shovel GPS.  When doing so keep in mind the dig direction if you don’t have a high precision system installed.

Once this data is linked you can work to see how certain factors affect bottleneck throughput.  Start with as many factors as are available pre-blasting and trim down as you rule out effects.  It is often surprising which factors improve the model.  To make sure this process has the most impact:

Once you understand the cause and effect, you will be able to optimize at a much faster rate.  By collaborating with downstream stakeholders, you can break silos and expand the benefits of your optimization efforts.  Where you would have traditionally needed to wait for the entire mining cycle before compiling data, you now have early indicators that will allow you to move continuously in the right direction.

While many of these steps would have taken too much time a few years ago, advances in technology have made it possible to automate a lot of these processes.  Field notes used to be written on paper and then transcribed digitally.  Now they can be captured on tablets in the field and loaded into a site’s digital systems in real-time.  Modeling used to be slow and require constant hardware upgrades.  Now machine learning algorithms can crunch data faster with cloud computing capabilities.

It’s tempting to try and accomplish these projects in Excel, however keep in mind that the goal is continuous improvement.  Spreadsheets can be great in the short term, but as your dataset grows you a cloud framework will allow you to scale with it.  Mining has an enormous amount of data and there is a world of technology solutions to manage it all.  A quick look at the life of a mine plan will tell you that it is worth doing it right.

In drill and blast we still design patterns to the average rock.  Data suggests that we have large amounts of variation across the bench, but it will always be easier to assume it is homogeneous.  Unfortunately, that variation in rock remains throughout downstream stages.  Adjustable seats and pedals were the design solutions that made the U.S. Air Force become one of the most dominant militaries on the planet because pilots were able to perform at their best.  Adjusting blasting plans will help a mine site dominate optimization efforts, because each stage will be able to perform its best. Know your rock to know your variability, and then plan accordingly. 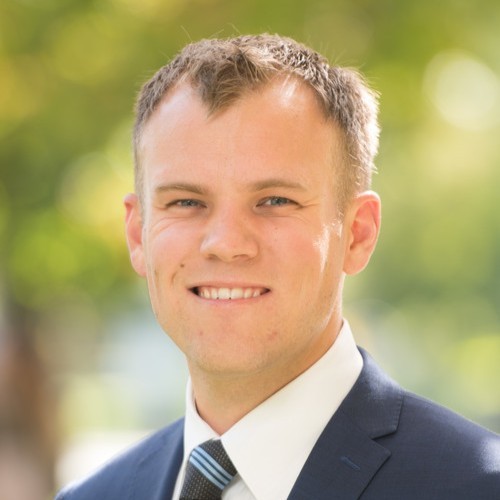 North Jones comes from mining operations and has always been focused large scale improvement projects.  In seven years on site, he implemented projects across a variety of roles and generated  millions in savings.  After completing an MBA in Finance from UBC Sauder School of Business, he joined DataCloud because he believes that their software enables mining engineers to optimize on a much larger scale.