It is not uncommon to have a wide variety of problems that could be associated with machinery and equipment in the mining industry.  The environments in which they operate can be incredibly harsh, often leading to the need for repair and maintenance.  The most common issues associated with equipment breakdown the mining industry range from Abrasion, Chemical Attack, Corrosion, Impact, and Wear, which can all have a major effect on processing and overall productivity, and ultimately lead to a shutdown and costly downtime.

A common cause of wear can be traced back to vibration that causes eventual fatigue, resulting in severe cracks and a loss of material.  Inherent vibration from the operational equipment can cause premature failures in such areas as concrete foundations and their anchoring systems.  Generally speaking, concrete is considered to be too brittle and weak to absorb a high degree of constant impact and vibration transferred from the equipment.  And once the concrete fails, the anchor bolts in the foundations may loosen, further aggravating the effects of the vibration on the foundation.

A copper mine in Marabá, Brazil, found this to be the case with their primary crusher, where the base of the primary crusher needed to be rebuilt due to being weakened by vibration.  The primary crusher weighs 336 tonnes and is 9.5 metres high and 5.6 metres wide, and processes over three thousand tonnes of copper ore per hour, which all contributes further to the amount of stress being put on the foundations.  Being one of the biggest copper crushers in South America, and with copper being traded at around $6,000 per tonne, each and every hour of shutdown can result in a loss of upwards to $20 million for the company.

Continuing to operate under such damaged conditions would have eventually led to serious consequences, including a significant financial loss.  A solution was required that could rebuild the foundation and bases of the primary crusher, while also being able to withstand high dynamic and impact loads without shattering and breaking.  Excellent mechanical properties and a fast curing time were also critical in ensuring the primary crusher would return back to service in as little time as possible.  The solution decided upon was Belzona 4111 (Magma Quartz), a high-performance concrete repair and rebuild composite.

Using an impact hammer drill, the first two layers of concrete were removed to reach the steel reinforcement structure.  Surface preparation is critical in to ensuring success, particularly in the case of concrete repairs.  The substrate needs to be free from contamination, free from excess moisture, and any loose material needs to be removed.  The area being repaired was therefore cleaned and degreased with solvent, and compressed air was used to remove the entire repair area of loose debris and dust.  A conditioner was then applied to ensure an optimum bond between the substrate and repair materials.

The perimeter of the repair area was initially built up, later acting as a mould for a slurry mix of Belzona 4111.  The material was able to level evenly to recreate a foundation at the base of the primary crusher. The implemented solution offered resistance to high vibrations and dynamic loads due to its high mechanical strength.  The system adhered to both metal and old concrete allowing for a homogeneous load distribution, without any weak spots during the anchoring/grouting procedure and service.

The assembly of the machine to commenced in as little as four to six hours after application and a full return to service was possible in approximately 16 hours.  The fast turnaround time allowed the copper mine to continue its processes without a majorly disruptive or costly downtime. 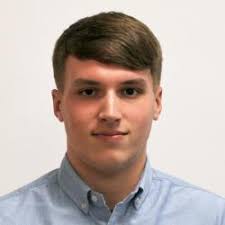 Jamie Hutchinson has been with Belzona since 2017.  Since joining the Marketing team, he has specialised in content creation such as videos, graphic design and PR. 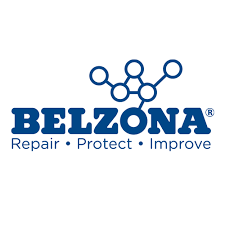 Established in 1952, Belzona has pioneered innovative polymer technology that has revolutionised industrial repair and maintenance procedures.  It is a leading company in the design and manufacture of polymer repair composites and industrial protective coatings for the repair, protection, and improvement of machinery, equipment, buildings, and structures.
Belzona has over 140 Distributors in more than 120 countries ensuring not only the availability of Belzona materials, but also specification support, project management, application, and supervision services.  Distributorships and their teams are supported by Belzona Corporate offices in Europe, North America and Asia.