Ontario’s Next, High-Grade Gold Mine

The Madsen Red Lake Gold Mine Feasibility Study that was released earlier this year outlines a high-grade underground mining operation with a modest initial CapEx of C$95 million and returning strong after-tax financial performance of 36 per cent Internal Rate of Return (IRR) and Net Present Value (NPV) of $247 million, and a quick, 13-month timeline to production₁

Pure Gold Mining is advancing the Madsen-Red Lake Gold Mine in Red Lake, Ontario.  The Madsen gold mine is the highest grade development gold project in Canada and is a key component in the larger, overall Red Lake mining district (Madsen Red Lake Mine).  In February, the Pure Gold delivered a new mineral resource for the Project, followed by a feasibility study on the main Madsen deposit, and a preliminary economic assessment (PEA) on satellite discoveries.   With these key milestones completed, the project is rapidly advancing towards a construction decision.

You are able to view an above and below ground virtual tour of the Madsen site at the company’s VRify page here: Pure Gold VRify.

Highlights of the Feasibility Study₁

The mine plan outlined in the feasibility study is the first phase in our Madsen – Red Lake development strategy.  Work to date has demonstrated that Madsen has robust economics with outstanding potential for growth and opportunities for scalability.

Highlights of the feasibility study include:

The Madsen Red Lake Gold Mine also has the potential to advance to a second phase of increased production.  Released shortly after the feasibility study, a PEA completed on newly discovered resources at Fork, Russet South, and Wedge has demonstrated the potential to either add mine life or improve annual production throughput at Madsen with further advancement of these deposits₁.  Modelled as an end of mine life extension, the PEA highlights the potential to add approximately $51 million to the Madsen Red Lake Gold Mine after-tax net present value.  As a result of high gold grades, near surface resources, and use of existing infrastructure, mining of these zones is projected to yield an after-tax IRR of 39 per cent₁.

Pure Gold Mining plans to continue exploring these zones to define further mineralization and upgrade the resource classification with the goal of determining the feasibility of adding production from these zones to the Madsen mine production profile.

The map of the location of these deposits can be viewed here: Madsen Red Lake Mine Map

The Madsen-Red Lake deposit is an exceptional foundation on which to build a gold mining company.  With Probable Mineral Reserves of 3.5 Mt at 9.0 g/t containing 1.0 million ounces of gold included in a Mineral Resource of 7,196,000 Indicated tonnes grading 8.9 g/t gold for 2,063,000 ounces of gold and 1,880,000 Inferred tonnes grading 7.7 g/t gold for 467,000 ounces of gold, the Madsen Gold Project ranks 11th out of 132 projects globally by grade, or in the 8th percentile. ₁ ₂ A virtual 3-D model of the deposits can be viewed at our VRify page here: Pure Gold VRify and the portal and ramp that leads to the deposit can be viewed here: Pure Gold VRify.

Selecting a Project in the Red Lake Gold Mining District

The Company was founded in 2014 by Oxygen Capital Founder and Chairman, Dr. Mark O’Dea and the Company’s President and CEO, Darin Labrenz.   Oxygen Capital is a Vancouver, B.C.-based mining company incubator, founded in 2001, and has successfully founded nine companies and sold five of those for over C$3 billion with a philosophy of “good projects and good places”.   To Mark and Darin, the Madsen deposit had the right attributes including being a high grade deposit that is rich in drilling and mining data from approximately 40 years of mining from previous operators.  The Pure Gold board and management group has deep roots in the area, with many team members holding direct Red Lake exploration and mining experience.

Over its more than 90 year history, the Red Lake Mining District in north-western Ontario has produced more than 29 million ounces of high grade gold, making this one of the largest gold producing districts in Canada.₁

The 47 square kilometre patented land position is host to two significant past producing mines, the Madsen and Starratt Mines which together produced approximately 2.6 million ounces of gold.  Substantial infrastructure is in place, including a mill and tailings facility, grid power and paved highway access, a 1,275 metre deep shaft and headframe, 27 levels of underground workings, a portal and ramp, and substantial permits.  The existing infrastructure provides a solid foundation on which to build a modern long life mining and processing operation resulting in one of the lowest capital intensity undeveloped gold projects in the world.

With the feasibility study now complete Pure Gold will continue to advance Madsen towards development.   In August 2018 the Company announced that it had appointed Endeavour Financial as its financial advisor to provide advisory services with respect to debt financing for the construction and development of Madsen.  This process is well-advanced and discussions are underway and advancing with multiple potential financiers. Concurrent with financing the company is reviewing a production decision.₃Over the coming months, the company will be focused on:

Short Timeline to Production: The feasibility study projects a short timeline to production of 13 months following a positive productive decision.  Assuming a production decision in Q3 2019, the first gold production on the project would occur in the 2nd half of 2020.₁ 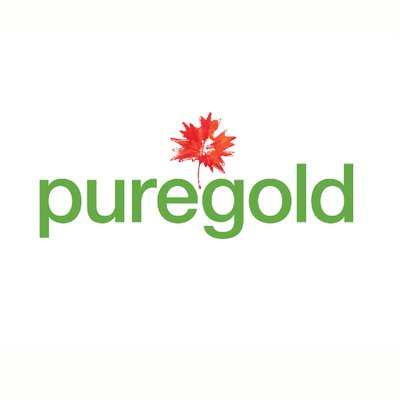 Our mandate is pure and simple.  To dream big.  To colour outside the lines.  To use smart science and creativity to unlock the Madsen Gold Project in Red Lake, Ontario.  And to become Canada’s next iconic gold company.