A technician spills a toxic chemical. She isn’t injured, but easily could have been. The Hazmat cleanup costs over $10,000 and shuts down a critical building for a week.

An electrical engineer flips the wrong switch in a substation control room. He isn’t injured. But within seconds, a $50,000 transformer is destroyed.

From Talk to Action

Talking about building a culture of safety and human reliability is easy. But how many great ideas get talked about and never actually get put into practice?

The real skill is to be able to transform good ideas into practical steps that you and your people can apply immediately. In this article, that’s what you’ll get.

There is no one secret or solution. Instead, many successful companies around the world have built a culture of safety and human reliability using a “Consolidation of Subtleties” – a combination of practical steps like these.

1) Take a Learning-Based Approach to Errors

The more you label it, the more you’ll be aware of it, and the less you’ll be stuck in it. When ready, propose the alternative – the Learning-Based Approach. How? After the next incident or unwanted error, don’t start by asking, “What went wrong this time?” Instead, start by asking, “How do you all get this job get done right 99 per cent of the time?”

It’s easy to destroy and challenging to create. Yet research from Dr. Amy Edmonson at Harvard and Google’s Project Aristotle reveal that Psychological Safety is key to successful, safe, engaged, and reliable teams. After an error, instead of saying, “Joe failed to do [X]…” ask, “What DID Joe do, and why did it make sense for him (at the time) to do that?”

For over 30 years, these psychologically safe, semi-structured, post-job team debriefs been used by an increasing number of high-hazard industries worldwide. After your next successful, complex project, instead of asking, “What could we have done better?”, ask these four questions initially developed to accelerate learning in the US Army…

Traditional investigations often “Name, shame, blame, and retrain.” The result? Fear, silence, and box-checking on Corrective Actions. The alternative? Instead of asking, “What was the error, and who made it?” ask, “How did our processes set that person up to make that error? And how can we improve our processes to set our people up for reliability and success instead?”

Peer Checks. Three-Step Communication. Checklists. These and other simple, yet powerful defences have proven successful for decades. You can learn them in a few hours and get real-world results immediately. Pick a job that you and your team regularly do. Consider writing or updating the checklist for that job to include ONLY the three to seven items most often missed. One physician from Baltimore helped save 1,500 lives in 18 months with this classic defence.

Instead of trying to “fix” your workers, improve your work processes and systems. How? Pick a process that you regularly do. With trusted front-line experts, brainstorm one low-cost, low-risk, low-fear, low-maintenance process improvement that would make it easier for front-line experts to do the right thing in that process. For example: Companies with fleets of trucks have dramatically reduced serious injuries and save millions of dollars each year by simply avoiding left-hand turns.

The world’s most High Reliability Organizations (HROs) don’t try to eliminate all errors. They don’t “Proceduralize Everything” either. Instead, they build resilience so that most errors become easier to detect, recover from, and learn from. How do HROs do this? One method they use is to look for “weak signals,” like the sound an engine makes when it’s just starting to develop a problem.

Novices miss weak signals. But experts sense them and act on them quickly to manage errors before they cascade into catastrophes. So, talk with one to two trusted peers and identify one weak signal for a complex job that you all do. Name that weak signal, and what to do about it. Then teach that to your apprentices instead of hoping that they’ll discover it on their own.

If these seven steps seem like a lot, don’t worry. Just pick the one that resonates with you the most right now and discuss it with a few trusted colleagues. When ready, try it out in a low-cost, low-risk micro-experiment. A few small, quick wins will help you build momentum fast! 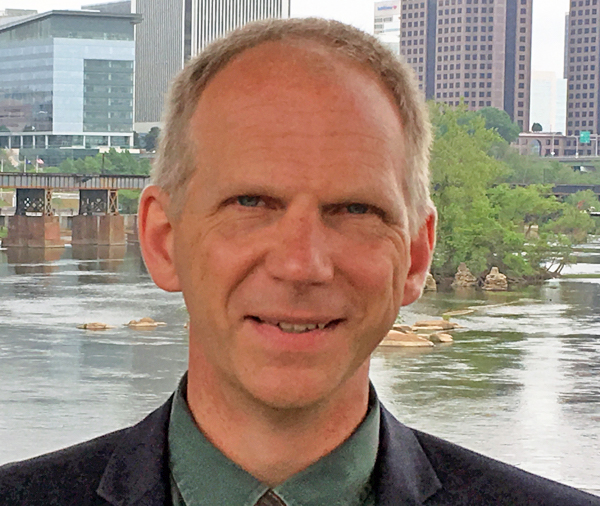 Jake Mazulewicz, Ph.D. shows leaders in high-hazard industries why errors are signals, not failures, and how to address the deeper problem, so that everyone can work more reliably and safely. He keynotes and advises all across North America. He has a decade of experience in Safety for electric utilities, and served as a firefighter, an EMT and a military paratrooper. To learn more, visit www.reliableorg.com

Between the Road and the Load: Calculate True Capacity Before Buying Your Next Trailer