Throughout Canada, mining companies need to consider the implications their projects have on Indigenous cultures and economies.  Circumstances are gradually changing for the better as more exploration companies like Skeena Resources adopt consent-based and collaborative decision-making mechanisms which help secure Indigenous authority and influence over land use in traditional territories.

At Skeena, we are taking a values-based approach to revitalize the past-producing Eskay Creek gold-silver mine located in Tahltan Territory.  One of our fundamental values is that true reconciliation is advanced through collaboration to build a long-lasting, respectful, trusting, and cooperative relationship with the Tahltan Nation while doing our best to avoid adverse impacts from the company’s activities and operations.

By putting these values to work at our Eskay Creek Revitalization Project, we are charting new territory for how the principles of the United Nations Declaration on the Rights of Indigenous Peoples (UNDRIP) and Reconciliation are applied to resource development decisions.  With Eskay Creek, we are recognizing the inherent jurisdiction of our Tahltan Nation partners and are supporting the implementation of UNDRIP through consent-based decision-making.

As a result of these actions, and in response to British Columbia’s Bill 41, the Declaration on the Rights of Indigenous People’s Act (DRIPA) aimed at adopting the principles of UNDRIP into the Provinces overarching framework for pursuing reconciliation with Indigenous communities and their governments, Skeena’s relationship with the Tahltan Central Government is held up as a model for how partnerships can take shape between mining and exploration companies and the Indigenous communities whose ancestral lands they are seeking to mine.

When Skeena optioned Eskay Creek in 2017, before acquiring 100 per cent ownership in 2020, we began engaging with the Tahltan Nation from the outset, working to lay the foundation for a deep partnership and mutually beneficial project.  Since then, together, we have reached several agreements governing a range of crucial issues, such as operations, communications, exploration, permitting, employment, and most recently, we helped create a new conservancy to protect the environment and wildlife on Tahltan sacred territory.

The traditional territory of the Tahltan Nation makes up 11 per cent of the province’s landmass and 70 per cent of the mineral resource-rich area known as the “Golden Triangle” in northwestern British Columbia.

At the heart of the partnership between Skeena and the Tahltan Nation is a sense of mutual commitment and investment in restarting the mine at Eskay Creek.  This took root right from the beginning of the project.  The company worked with the Tahltan Nation to help them become an equity partner and part owners of natural resource projects being developed in their Territory.  In 2021, the Tahltan Central Government announced an equity investment of five million dollars in Skeena.

Last year, the relationship established between Skeena and the Tahltan Central Government prompted the Province of British Columbia to engage in negotiations with the Tahltan Central Government, to establish a landmark framework for how Indigenous permission and environmental approval should proceed for mining projects in British Columbia.  This agreement will be the first consent-based decision-making framework under DRIPA and its central principle of “free, prior and informed consent.”

In the meantime, Skeena has altered the approach to securing permits.  We seek approval from the Tahltan Nation first before sending applications on to the province as a measure to ensure transparency while the UNDRIP-based framework is negotiated.  We also take pride in being one of the first companies taking definitive steps toward working with the Tahltan Nation to gain environmental assessment approval under the consent-based decision-making agreement and have welcomed the provincial government to the table.

Skeena is also committed to delivering value and prosperity to our Indigenous Nation partners and surrounding communities and seeks to provide employment and contracting opportunities to local indigenous and non-indigenous community members and companies.  In 2021, we spent over C$115 million in British Columbia to advance Eskay Creek, with 53 per cent of the budget going to Indigenous businesses, including ones owned by Tahltan.

In 2020, we started the Tahltan Mentorship Program to train university students and graduates with the hope and objective that by the time Eskay Creek is back into production, they will be prime candidates for management positions at the mine site.

Eskay Creek is a recycled mine, initially discovered in 1988 and operated by Barrick Gold Corp. up until 2008.  During its 14 years in operation, the former Eskay Creek mine was the highest-grade gold mine in the world.  From 1994 until its closing, it produced 3.3 million ounces of gold and 160 million ounces of silver with average grades of 45 grams per tonne gold and 2,224 grams per tonne silver.  Skeena’s plans for Eskay Creek include restarting operations by converting the underground mine into an open pit operation.

The company acquired 100 percent control of Eskay Creek in 2020 and the following year released the results from a promising Pre-feasibility study (PFS).  The PFS highlights 3.88 million ounces of Proven and Probable reserves with an average grade of 4.6 grams per tonne gold equivalent.  It’s projected that Eskay Creek will create C$1.1billion in provincial and federal tax revenue, as well as approximately 400-450 jobs annually during 1.5 years of construction and approximately 300 to 350 jobs annually through 10 years of operation.

This time around when Skeena restarts the mine, the Tahltan Nation stands to benefit, thanks to revenue sharing agreements put in place in recent years.  The agreements ensure that First Nations receive a portion of eligible net revenue from the provincial Mineral Tax.

But economic prosperity without true reconciliation falls hollow. For us, reconciliation is about establishing and maintaining an equally respectful relationship, and for this to fully happen, there must be awareness of the past to shape our course into the future.

That’s one of the reasons why, last year, we voluntarily gave up our mineral tenures for the Spectrum property near Mount Edziza and the existing provincial park. Through many open and respectful conversations with Tahltan leaders over the years, we developed a sincere appreciation of the cultural importance of this area to the Tahltan people.  Mount Edziza was a place where Tahltan ancestors used to mine obsidian, allowing them to create tools, weaponry, and trading goods, which gave the Tahltan Nation key advantages for survival and success.

Working with the Tahltan Central Government, the Province, the Nature Conservancy of Canada, and BC Parks Foundation, Skeena made possible the creation of the new 3,500-hectareTenhDẕetle Conservancy (Ten-thet-luh), which translates to Ice Mountain in Tahltan.  This new Conservancy helps protect the region’s unique wildlife and supports the Tahltan Nation in its mission to conserve the land for future generations.  This is what we consider reconciliation in action and symbolic of our partnership commitment to the Tahltan Nation.

Through adopting the principles of UNDRIP and pursuing reconciliation with Indigenous communities and their governments, Skeena is setting the tone for how we believe mining should be done—by bringing a refreshing sense of true partnership to the development on ancestral lands of Indigenous peoples.

Videos about the Eskay Creek Project and the new conservancy 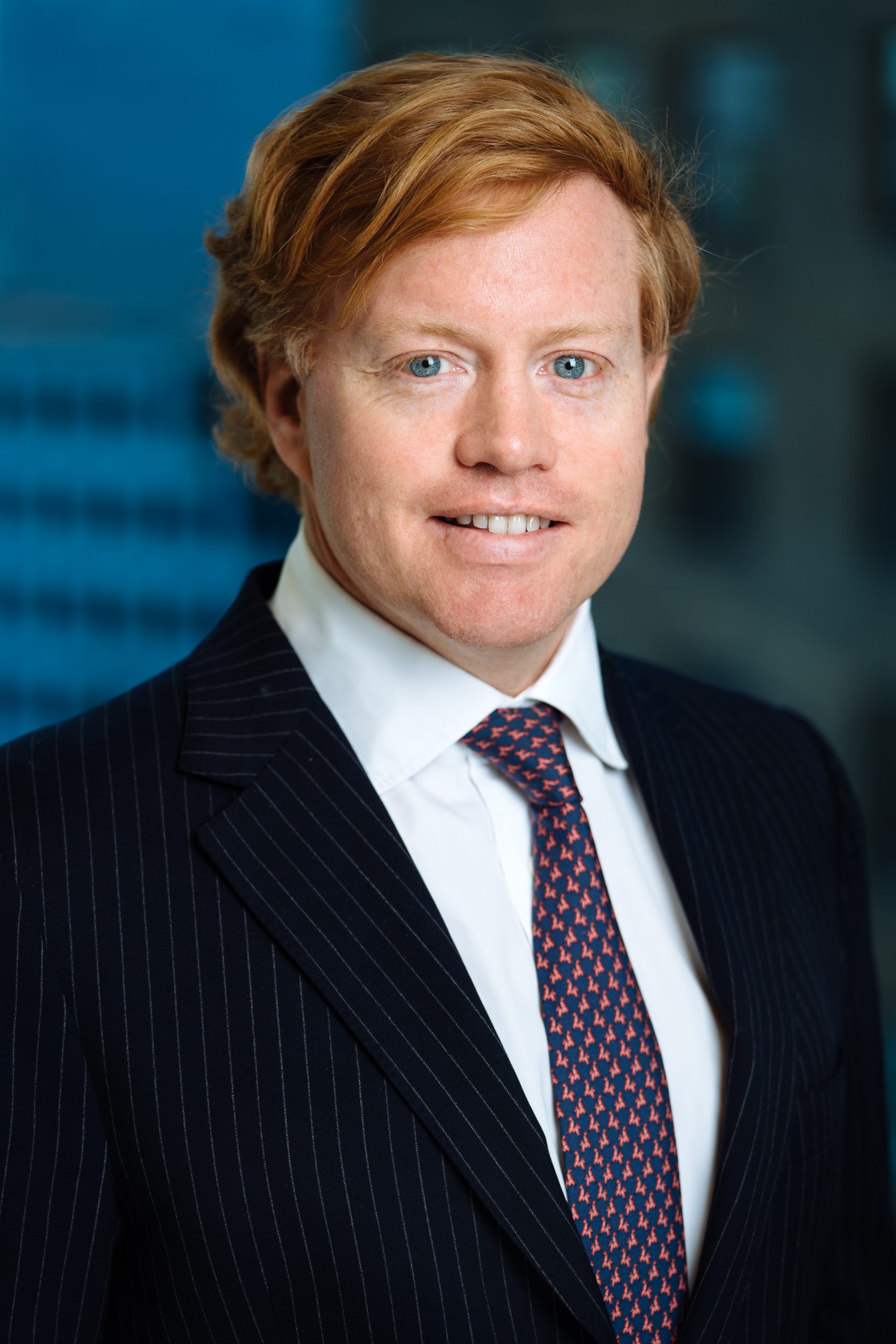 Walter Coles Jr. is the President and CEO at Skeena Resources.  He has served as CEO and President for several Toronto Venture Stock Exchange-listed junior mining exploration and development companies, throughout the past seven years.  Mr. Coles entered the mining business as part of an effort to develop a mineral resource discovered on family farmland in Virginia.  He was previously an analyst for Cadence Investment Partners, from 2005 through to 2007.  Prior to that Mr. Coles worked for UBS Investment Bank in New York as a Senior Research Analyst in the bank’s High Yield Group.  Mr. Coles started at UBS Investment Bank in 1999 as an Associate reporting to the bank’s Global Head of Fixed Income Strategy. Mr. Coles holds a B.A. in Economics from the University of Richmond. 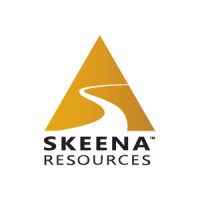 Skeena Resources Limited is a Canadian mining exploration and development company focused on revitalizing the past-producing Eskay Creek gold-silver mine located in Tahltan Territory in the Golden Triangle of northwest British Columbia, Canada.  The Company released a Prefeasibility Study for Eskay Creek in July 2021 which highlights an open-pit average grade of 4.57 g/t AuEq, an after-tax NPV 5 per cent of C$1.4B, 56 per cent IRR, and a 1.4-year payback at US$1,550/oz Au.  Skeena is currently completing both infill and exploration drilling to advance Eskay Creek to a full Feasibility Study. 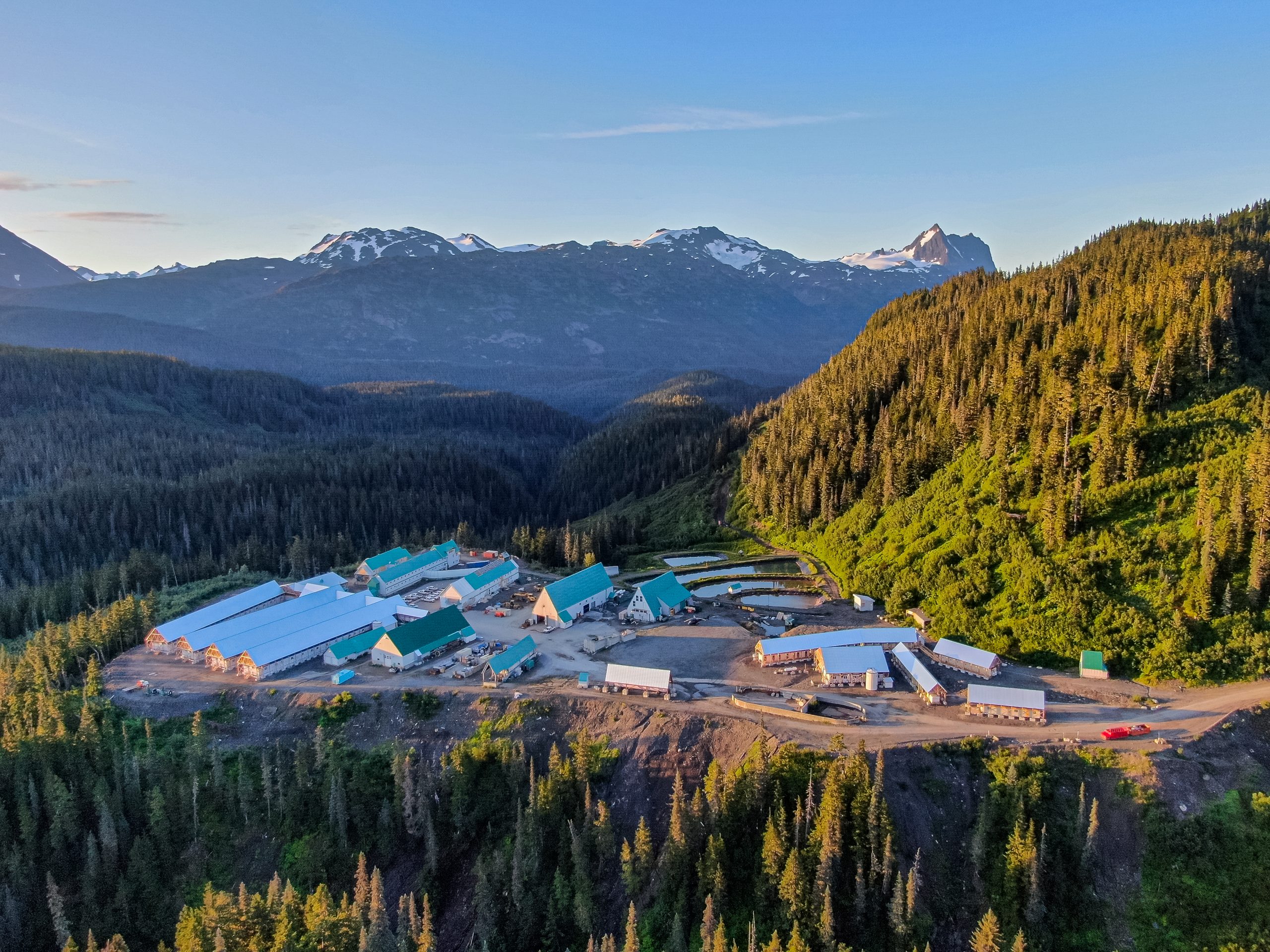 About the Eskay Creek Project

The Eskay Creek Revitalization Project is focused on reopening the historical underground mine as a conventional truck and shovel open-pit operation that will produce a gold-silver concentrate on-site which will be transported off-site to third-party smelters.  The project would produce 2.45 million ounces of gold and 70.9 million ounces of silver over the course of its approximate 10-year operating life.  The project plans to utilize existing infrastructure of the former mine.  Eskay Creek is an historic mine site with an all-season access road and on-site facilities, including a permitted Tailings Storage Facility (TSF).  Clean power will be accessed through the Coast Mountain Hydroelectric Facilities (Forrest Kerr, McLymont Creek and Volcano Creek run of the river), partly owned by the Tahltan Nation, or by accessing the main hydroelectric grid.  The capital cost of the development is estimated to be C$488 million making the project financing achievable in the current economic environment.

Preparing for the Future of Mining Starts Today