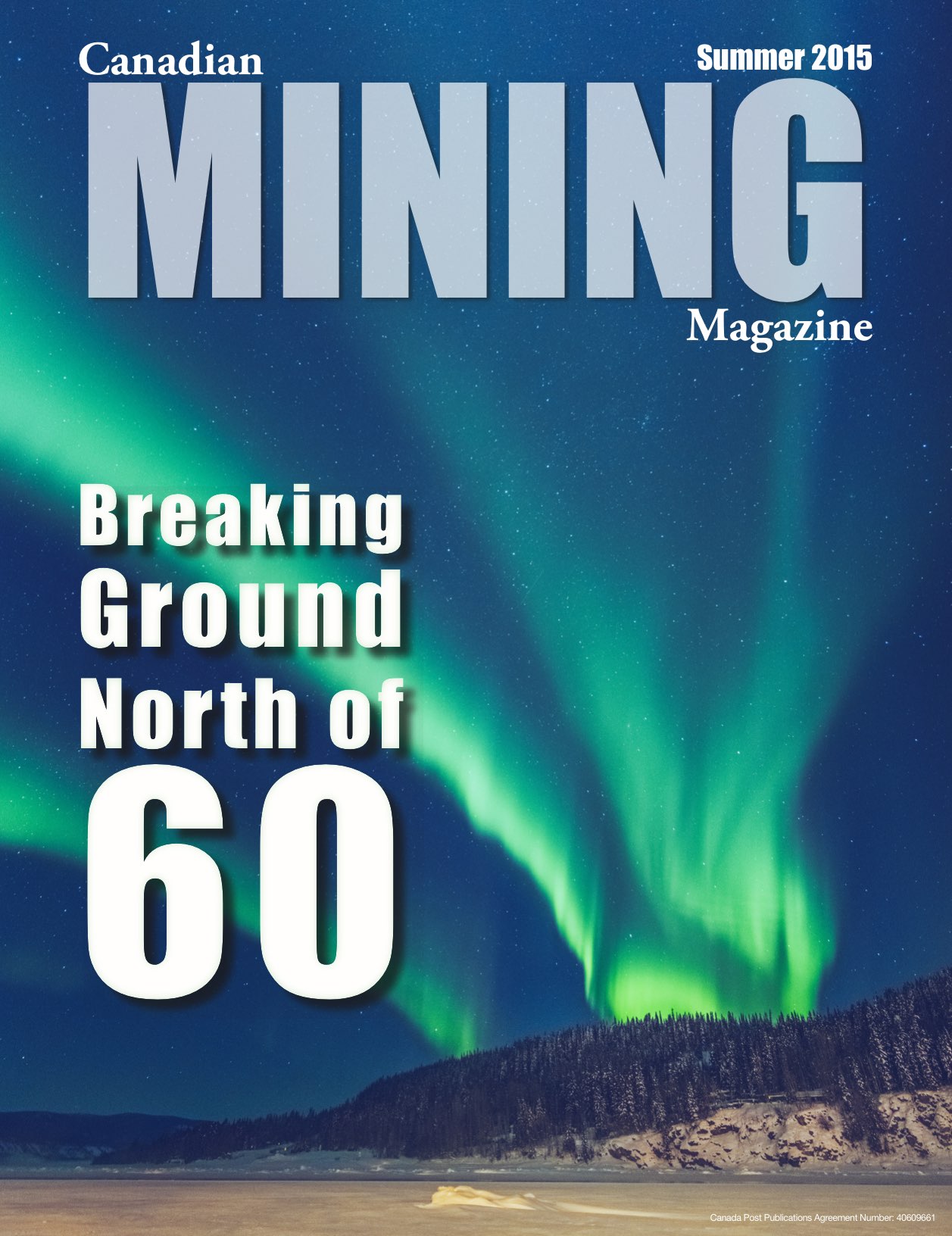 This issue of Canadian Mining Magazine explored mining operations in northern Canada, the economic advantages and opportunities available despite the harsh conditions and remoteness of the area, and the estimated untapped vast mineral and petroleum resources that await North of 60. Our lead story, Expanding in the North, highlighted diamond mining in the Northwest Territories, with over 3,000 direct jobs created from the sector, overcoming skilled labour challenges and land access issues, and new projects in the area; the impact of mining in Nunavut, investment challenges in the territory, and the exploration of a Nunavut-wide land use plan; and increased exploration spending in the Yukon, preparing for an industry turnaround, and developing liquid natural gas in the area as an alternative source of energy for the mining sector.

Features in the magazine looked at how mining companies are giving back to communities; and taking advantage of long-term forecasts and commodity price upswings, like in the development of Alloycorp Mining’s Avanti Kitsault Mine in northwestern BC.

The magazine’s regular departments included a Transaction Report on say-on-pay votes, their requirements, and the associated risks for Canadian companies; an HR Report on the labour market, why employers are competing for a limited supply of skilled workers, the challenges of recruiting workers to remote areas, building a local workforce, and preparing for the next economic cycle; an International Report on successful negotiations and the importance of understanding the culturally-driven tendencies of both your own culture and that of the counterparty; Junior Mining News that discussed how to create ongoing shareholder value by staying focused, progressing business plans, leading your district and investing in shareholder communications; a Tax Time report on tax accrual working papers and the CRA’s use of these documents in an audit. Tools of the Trade, News Watch and Upcoming Events rounded out this issue’s line-up.