The Mining Capital of the World

A review of Imperial Canada Inc.: Legal Haven of Choice for the World’s Mining Industries

Canada is home to 75 per cent of the world’s mining companies. But why is this the case?

That’s the question the book Imperial Canada Inc.: Legal Haven of Choice for the World’s Mining Industries aims to answer.

In providing clarity, authors Alain Deneault and William Sacher outline the reasons why Canada is attractive for mining companies, detail the history of the Canadian stock market, and then use the province of Quebec as a case study to examine Canada’s colonial origins.

First printed in 2012 by Talon Books and translated from French, Imperial Canada Inc. focuses on the effects of Canadian mining companies, not only in Canada but also around the world. Just because a mining company might be registered in Canada, that doesn’t necessarily mean all their work is done in the country.

For example, the authors note that Ontario accommodates more than 1,400 mining companies, yet there are only 43 operating mines in the province. The authors say mining companies may choose to register in Canada and conduct exploration and extraction projects elsewhere “in order to benefit from our permissive mining regulations and preferential tax structure.”

This likely isn’t a book you’d traditionally see on the shelves of a mining employee, but that doesn’t mean that it should be overlooked. The authors set up readers with the critical tools needed to ask tough questions about Canadian mining companies.

“It is hoped that the evidence presented here will encourage Canadians to enter public debate about how the mining industry is regulated in Canada and to form an opinion on this topic independent from the one suggested by official agencies or media that belong to large Canadian financial conglomerates and tend to espouse their interests,” the authors write.

There are two – or more – sides to most every argument and, by delving into the pages of Imperial Canada Inc., those affected by mining (which essentially is everyone) will gain valuable insight into this giant industry and its impacts around the world.

The Argument, the History, and the Case Study

Deneault and Sacher list the main advantages for mining companies based in Toronto, Canada’s financial centre, such as unlimited speculation on world resources; promotion of investment in mining; firms provided with legal cover; and diplomacy of convenience. Over 70 pages, the authors go into great detail of each of the advantages, giving current and historical examples.

In the next section, Deneault and Sacher go into the deeper history of the Canadian stock exchange, focusing especially on financial speculation on real or imagined resources, and then how this has helped to shape Canada.

In the case study about Quebec, the authors again give historical context, such as Canada’s origins as a colony of a British Empire, to how Canada has become home to three quarters of the world’s mining companies.

“The time has come for Canadians to lay claim to a great democratic model,” Deneault and Sacher write. “A tiny voice within us has begun to say: ‘Faced with everything they’re saying about you in the world, you need to give up your comfortable role as a settler and become a citizen.’ Open yourself to politics instead of viewing it as a tiresome electoral chore. Find the critical tools you need to think about the world. Be a step ahead of those who speak on your behalf, instead of following them. Do not allow your government to make you feel ashamed. Refute their sophistries instead of adopting them. Do something forceful instead of being satisfied with parroting colonial justifications.”

Imperial Canada Inc. is a provocative read that is sure to generate conversation – and a book the authors hope will also spark change. 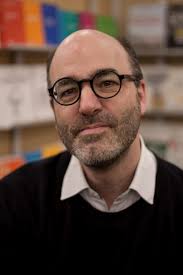 Alain Deneault teaches critical thought in the political science department at the University of Montreal and conducts research for the Quebec section of the Tax Justice Network. He has written several books about corporate tax havens, globalization, and international finance. 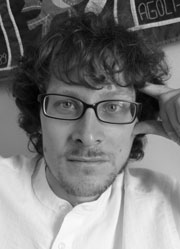 William Sacher has worked throughout Europe, Africa, and Latin America, publishing multiple articles and reports about the exploitation of natural resources and the politics of climate change. Deneault and Sacher co-authored the 2008 book, Noir Canada: Pillage, corruption et criminalitéen Afrique.

We Need Mining. Mining Needs You.

Canadian Mining’s Future Depends on Millennials and Diversity:  The Industry Can Only Succeed If We All Work Together