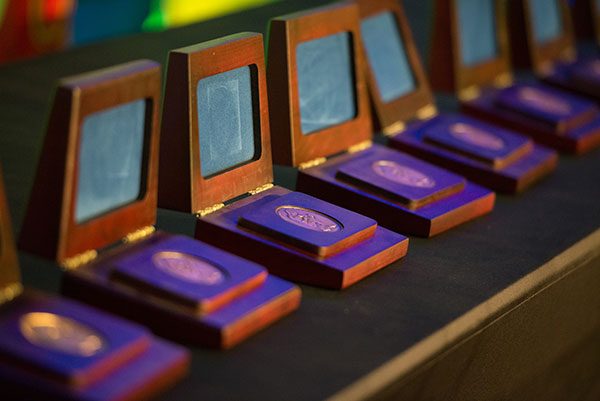 UBC Mining Engineering and Mineral Processing engineering student Veronica Knott is starting her career with her first co-op job in the Canadian mining sector this month.

Decades separate them in age and experience yet both share an important bond; last month each became Gold Medal recipients at the prestigious 2017 Engineers Canada Awards.

Announced during the annual Awards Gala in St. John’s, Newfoundland, recipients Larry Seeley and Veronica Knott, together with six other engineers from across Canada, were recognized for their contributions to the engineering profession from Engineers Canada, the national organization of the provincial and territorial associations that regulate and license the country’s 290,000 professional engineers. 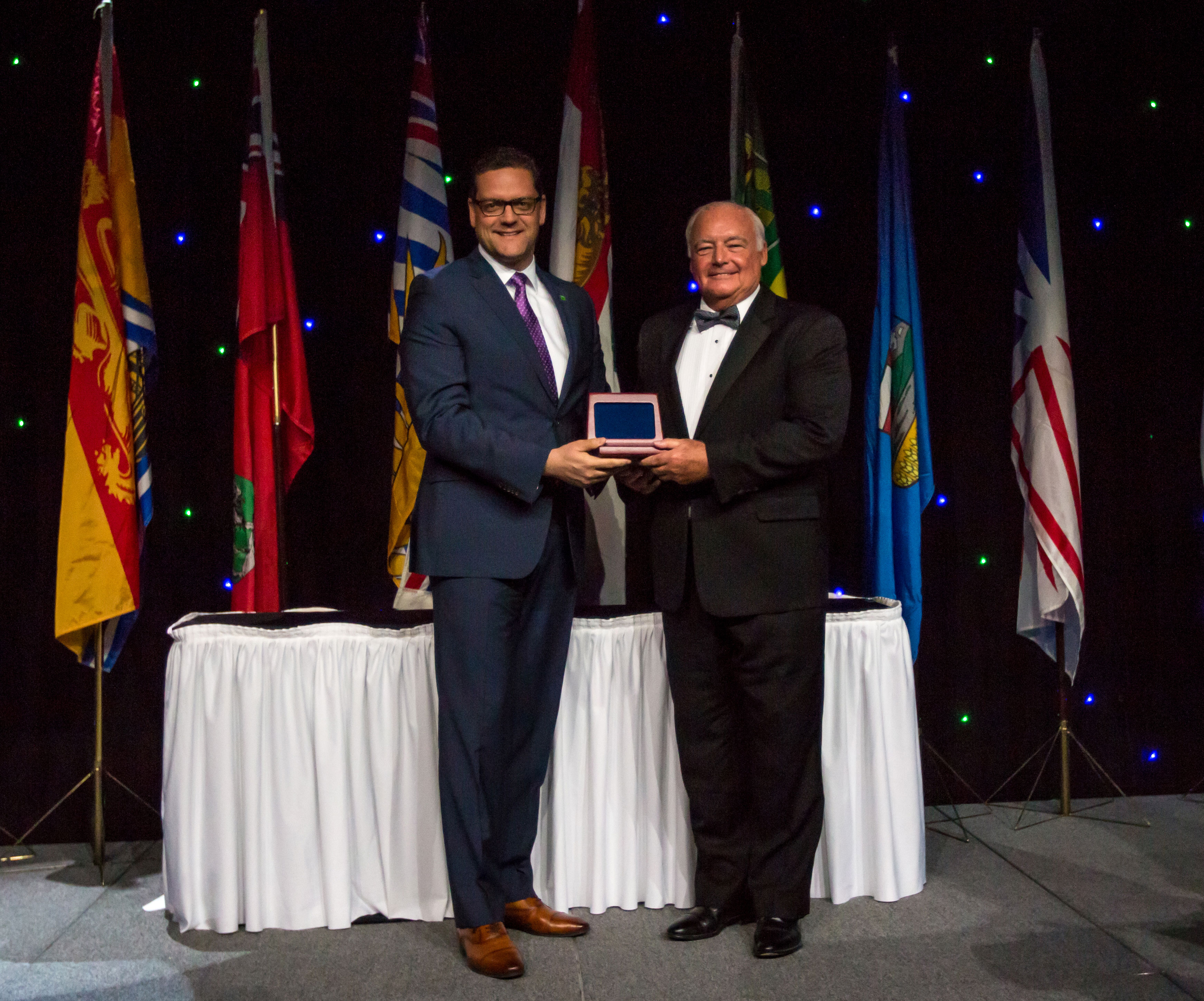 A successful engineer and businessman

Larry E. Seeley, PhD, P.Eng., chair and CEO of Seeley Group, received the Gold Medal Award for his exceptional individual achievements and distinction in engineering. His role in the growth of Canada’s mining and metallurgical sector, combined with his fostering and promoting new businesses and technologies within the minerals and recycled metals industries worldwide, caps his 40-plus year career.

A world-renowned chemical engineer, executive and research leader, Larry is a Fellow of the Canadian Institute of Mining, Metallurgy and Petroleum, inducted into the Engineering Institute of Canada, and the Canadian Academy of Engineering, and has received several professional awards. Larry has continually maintained a keen interest in the engineering community and has served as a mentor for many young engineers. He has also actively served in various leadership roles, including president of both the Canadian Metallurgical Society and the Canadian Society of Chemical Engineering. Through his commitment to research, pursuit of innovative technologies and strong entrepreneurial skills, Larry has directly contributed to the esteem in which Canadians and Canada are held around the world.

We caught up with Larry to learn a bit more about his engineering career and to also hear from some of his colleagues on his impact in business, academia and the community at large.

A student leader making an impact

A remarkable, energetic and focused student, Veronica has made significant contributions to the engineering profession through her leadership in inclusivity and diversity engagement at UBC and at engineering schools across Canada. She is passionate about improving the understanding of the engineering profession, engaging young women like herself to consider it as a career, and serving as a student voice on the UBC Board of Governors.

Veronica’s involvement started as Chair of the National Conference of Women in Engineering in 2013. Next, as President of the Engineering Undergraduate Society (EUS), her work on the governance review and the founding of the Iron Pin ceremony for the EUS left a lasting legacy for engineering students that continues to inspire the community to this day. She is also a hardworking and knowledgeable member of the Alma Mater Society Council, and served as Chair of the Executive Oversight Committee and the Governance Review Committee. She has continued by serving as a member of the UBC Board of Governors for two years. Veronica Knott has set a high standard of service and engagement, always putting students first and never afraid to share a thoughtful perspective.

Encouraging more women to join the profession, making it more representative of Canadian society, and ensuring that the profession and those it serves benefit from a range of perspectives and viewpoints are important cornerstones for Engineers Canada. Learn more about Veronica and all that she does and continues to do in the area of inclusivity and diversity engagement on this video. 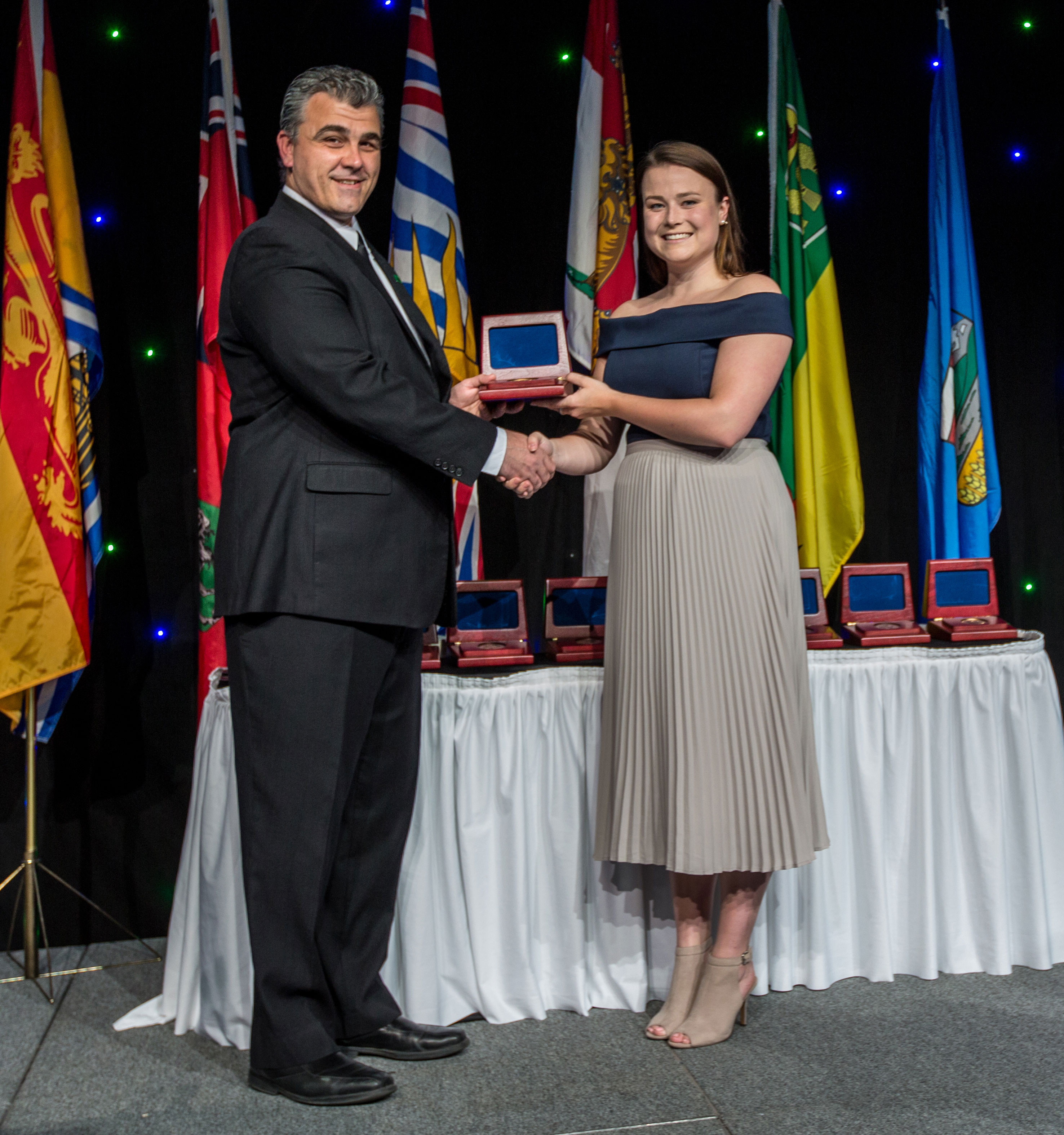 Since before Confederation, engineers have helped create and build Canada into what it is today. Whether from the early creation of the canal systems and the fortification and building of the national railway, 20th Century infrastructure such as hydroelectric stations and the electricity grid, the Trans-Canada highway, bridges, overpasses, and skyscrapers, the development of Canada’s natural resource extraction and refinement industries, aeronautics and aerospace, and environmental solutions for clean water, or alternative power sources, telecommunications, technology and artificial intelligence, the achievements of engineers are present from coast to coast to coast.

“As we celebrate Canada’s 150th anniversary, we reflect upon the diverse work professional engineers have contributed to every sector of Canadian society,” said Stephanie Price, P.Eng., CAE, interim CEO of Engineers Canada at the Awards Gala last month. “Engineers have helped create and build Canada to what it is today; whether it’s transportation, natural resources, infrastructure, environment, or technology, engineers have played a significant role”.

“Looking forward to Canada’s next sesquicentennial, we believe engineers will continue to be at the centre of innovation; driving the economy, creating solutions for some of society’s most pressing challenges, and improving the quality of life for Canadians,” concluded Price.

What will the next 150 years mean to engineers and engineering in Canada? Larry and Veronica, together with the other 2017 Engineers Canada Award winners, consider and offer their thoughts on the future.

Comments about focusing Canada’s future, including Larry Seeley’s comments on solar and storage of energy, together with Veronica Knott’s thoughts on doing great things and solving problems, can be viewed in this summative video focused on the future of engineering in Canada: