Economic Reconciliation Between Indigenous Peoples and the Resource Sector

In Weaving Two Worlds (coming March 1, 2022 from Page Two Books), Christy Smith of K’ómoks First Nation and Vice President of Indigenous and Stakeholder Relations with Falkirk Environmental, has teamed up with long time B.C. resource sector exec Michael McPhie, founding Partner and Co-Chair of Falkirk Environmental and past President and CEO of the Mining Association of B.C.

Together, they call for urgent action on Indigenous reconciliation—and lay out the steps that individuals, corporations and the industry as a whole can, and must, take.  Please take a moment to read the excerpt below.  You can reserve your copy here: www.weavingtwoworlds.com

“Robert, we have a great opportunity for the community to consider,” said the exploration manager of a mid-tier, publicly traded mining company from Toronto.

Let’s call him EM for short.

“Well, that sounds great,” said Robert (not his actual name), who serves as the economic development manager for the First Nation whose traditional territory the mineral exploration project is located on.  “Tell me about it.”

“As a result of our recent successes, we need to build a new camp up at our gold property we have been speaking with you about,” EM replied.  “The camp will be a fairly good size, with room to handle initially up to a hundred people.  We will have a core cutting facility, a new kitchen, new offices, a workout gym, and all the extras that are needed to make it a place where people will enjoy living and working.  We will also need help running the camp and a supply of catering services, first aid, site maintenance, and cleaning.  We are looking to have this all bid externally and expect this to be a sizable seven-figure contract.  We think this would be a great opportunity for the nation to get into the camp services business.  And we would really love for you and the team to be involved in all or some of this.”

“Okay. Thanks for telling me all this,” said Robert, with some tentativeness in his voice.  “What is your timing on bidding for the work?”

“Well, as per our Exploration Agreement, I am bringing this to you one week in advance of when the request for proposals, or RFPs, will be sent out more broadly to other commercial firms in the province.  Our intent is to allow, say, three weeks to bid on the project and then we would like to award within one to two weeks after that.  Assuming we have workable proposals,” EM continued.  “And then we can get going.  The goal is to have everything up and running four months from now.”

EM looked across the room at Robert, with a smile that you would expect from someone who had just given you a present—one the giver believes that you should really like.  “What do you think?”

There was a long pause as Robert took some time to ponder what had been said.  He was not so sure he liked what he had been ‘given’.  “I am not sure we can do anything in that kind of timeline.  Even with the extra week.  This is a major contract and will require a significant commitment of time and resources from me and others to put together in a competitive bid.  It will also require the support of the chief and council if we are bidding on something over a million dollars.  Those are our rules.  They are not scheduled to meet again for another four weeks.  We just had a council meeting last night, and I believe the chief is planning to take her granddaughter back east for a few weeks.”  Robert concluded by stating, “I do not see any way that we can make all that happen in the timeline you have outlined.”

Now there was a pause as EM contemplated how to respond.  On the one hand, he understood what Robert was saying and recognized that the timeline they had developed would not work for the nation.  They had two apparent choices at that moment.  One was to proceed ahead and see if there would be some way to have the nation partner up with one of the other bidders to put in a quote for the project.  The other was to extend the timeline and work with the community to facilitate their ability to put in a full bid on the project.  The challenge with that was that it would put the timeline of the project at risk, potentially threaten their field programs and was not what had been promised to senior management, the board of directors, and their shareholders.

The Exploration Agreement with the Nation has a series of commitments for the company to support sustainable economic development within the nation.   This includes having a procurement policy that gives preference to bids that are from businesses led by First Nations.

So, what should the exploration manager do?

EM takes the position that the most important metric for the company and himself is the success of the field program he is responsible for.  And that it starts on time.  To do that, he must have the camp up and running fully within four months, or the program will be in jeopardy with winter coming.   Following the letter of his company’s agreement with the First Nation, he provides the RFP to them a week in advance of the other bidders but leaves everything else the same.

As expected, the First Nation does not have the resources or capacity to make a bid for a several-million-dollar new camp build and operations contract in the time available to them.  So, they decline to bid.  In explaining this outcome to senior management, EM says that he tried, had multiple conversions with the nation, gave the RFP in advance as per their agreement, but that they still declined to bid.  Senior management takes this at face value, agrees to award the contract to the lowest bidder, and suggests to EM that he makes sure the First Nation is made aware of who the successful bidder is and what the job opportunities might be.

EM has a more enlightened world view and recognizes that it is not reasonable to expect a First Nation with no prior formal experience in building or operating work camps to put forward a successful bid for a multimillion-dollar project like this in the time available to them.  So, he approaches it as an opportunity to build capacity and create the foundation for new business development in the future.

The first thing he does is discuss his idea with the economic development coordinator of the nation, to ensure that everyone is on board.  With that in hand, he contacts all the companies that are considering bidding on the project and advises them that, in addition to the evaluation criteria relating to price, performance, and safety, a significant consideration will be their experience and demonstrated track record of working with Indigenous communities in a positive way.  He also explains that explicit in the contract, if they are successful, will be a timeline for the eventual graduation of the work and operations of the camp to be under the direction and ultimate control of their First Nation partners.  The bidder will need to show how they will work with the nation to build an Indigenous-owned and -led industrial camp services business, with the first customer being the EM’s company.  The structure of that business and whether the bidder is involved going forward will be up to them to sort out.

The result of this approach is that the EM gets to have his new camp on time; the relationship with the First Nation they are working with improves in a number of important ways; the senior management of EM’s company are happy because all of their, the board’s, and the shareholders’ objectives are being met; and there is now a positive legacy from this that will, hopefully, last far beyond the time of this one project as this new company bids on other projects in the region and grows.

The above scenarios are real, and we have seen variations on them many times.

On the one hand, you have managers and operators who come with a worldview that companies should, if they are forced to, give Indigenous Peoples and businesses some advantage in bidding on projects and securing employment.  The cost of doing business these days, some might say.

However, there are other examples where there are more enlightened, aware, and experienced managers and operators who recognize that the presence of an opportunity does not mean it can be taken advantage of if the prior-experience, people, time, or financial resources is not there.

In scenario two above, this enlightened and experienced group assesses the situation and understands that they have an explicit role and responsibility to help facilitate the conditions for the nation to be successful.  This does not mean giving things away or not conducting a proposal process openly and transparently.  It means recognizing that if the intent is to help build capacity, to create a deeper relationship, and to truly be an ally with Indigenous Peoples, then leading non-Indigenous companies need to be thoughtful, creative, and committed to generating long-term economic opportunities that are inclusive and that leave a legacy that benefits future generations.

That is a good outcome and an example of true allyship and economic reconciliation with Indigenous Peoples. 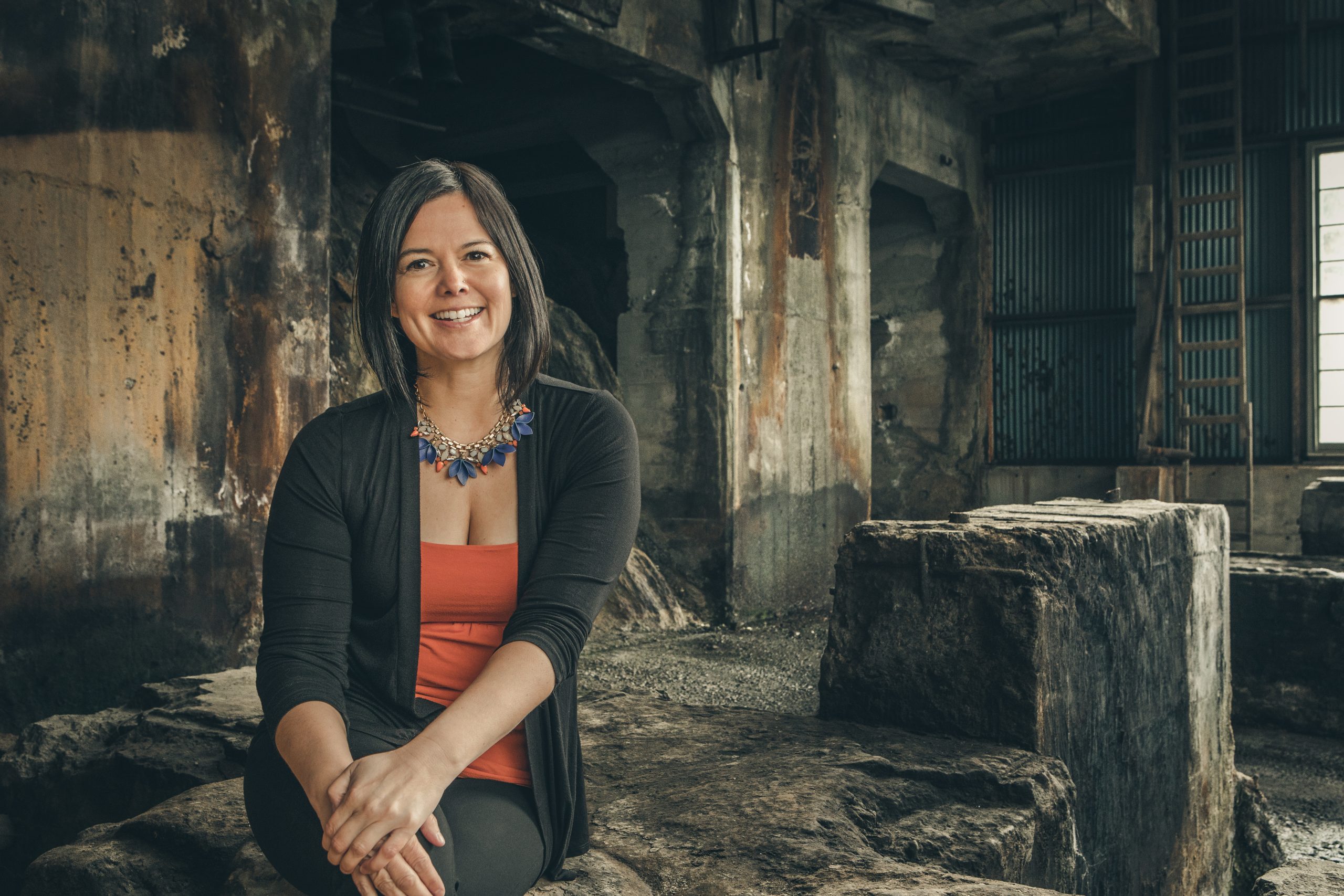 Christy is a member of K’ómoks First Nation, living in her traditional territory on Vancouver Island.  Christy has authentically navigated both Indigenous and non-indigenous worlds while working in the resource sector for over 25 years.  Her work is deeply rooted in reconciliation and decolonizing the approach to ways of doing business.  Engaging and building good relationships are at the core of what Christy does as a change maker, mentor, liaison, project manager, and engagement expert.  She has facilitated workshops, presented at national mining conventions, instructed at universities, deescalated complex situations, mentored Indigenous entrepreneurs, negotiated countless benefits agreements, advocated on the behalf First Nations’ governments and industry proponents, and built capacity within every organization of which she has been a part.

Christy has a BA in Native Studies from the University of Alberta and an MBA from the University of Northern British Columbia and is a wife and mother.  Christy currently serves as a Partner and Vice President, Indigenous and Stakeholder Relations with Falkirk Environmental Consultants Ltd. of Vancouver and Vice President, Sustainability with TDG Gold Corp.  She is currently serving as Vice Chair for the Indigenous Relations and Reconciliation Committee for the Association for Mineral Exploration in B.C.  christy@falkirk.ca 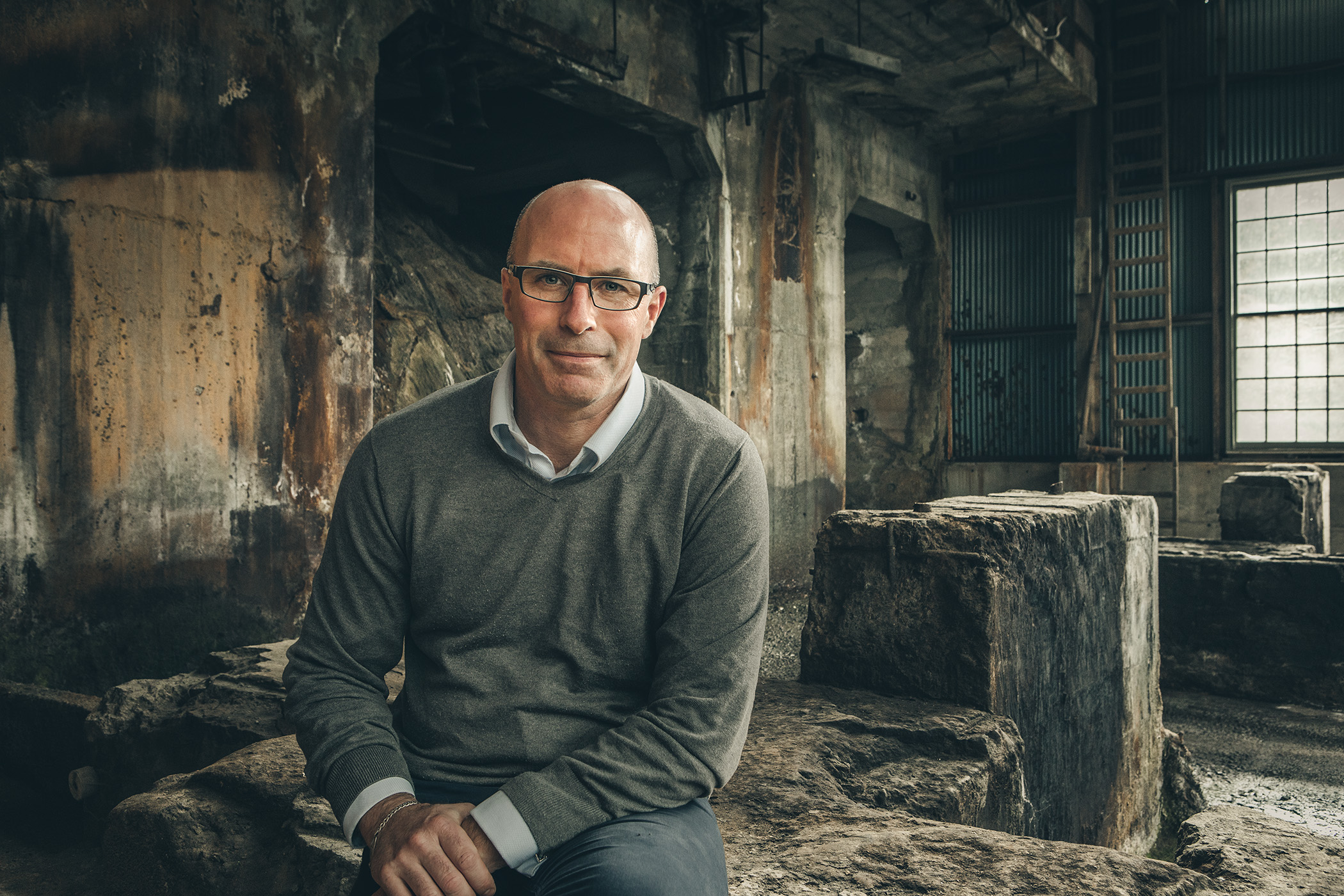 In a career spanning more than 25 years Michael has worked as a founder, director and executive leading the development of mineral resource projects and companies.  Over his career he has been a CEO, Chairman of the Board, founder, partner and officer of public and private companies.  Michael currently serves as a Founding Partner and Co-Chair of Falkirk Environmental where he acts as a senior advisor to resource companies, governments and communities and is on the board and an officer of several Canadian public mineral exploration and mining companies.  He is also a member of the Board of Advisors of the Washington, D.C. based nongovernmental organization Resolve.  Michael was the former Chair of the Board of Ridley Terminals Inc., the British Columbia Institute of Technology (BCIT), the Association for Mineral Exploration BC (AME) and the President and CEO of the Mining Association of British Columbia.  mike@falkirk.ca