Written by Chris Christopher and Stephanie Stimpson at “Torys LLP”

Prior to the COVID-19 pandemic, the Western Canadian oil and gas industry faced daunting challenges.  Stalled or cancelled infrastructure projects prevented producers from obtaining fair market value for their products and shook investor confidence.  Carbon taxes and new regulations designed to accelerate the transition to green energy increased operational costs.  The price war between Saudi Arabia and Russia in early 2020 resulted in plummeting commodity prices, and the combined effect of these, and other challenges, peeled away investment from oil and gas companies.

The COVID-19 pandemic amplified these challenges by almost instantly obliterating 20 to 30 million barrels per day of oil demand, creating an over-supplied market that ultimately saw commodity prices sink to unprecedented negative numbers (i.e., for some of the May contracts, producers had to pay traders to take their barrels due to storage and demand shortages).  Aided by production cuts and the staged re-opening of various markets, we have seen an increase in global commodity prices, with WTI trading near $40 on June 19.  WCS, the Canadian heavy oil price which traditionally lags behind WTI, was hovering near $35 around that time.  Yet these prices remain well below their levels at the beginning of the year and below break-even pricing for most Canadian producers.  There is expected to be continuing volatility in the oil price for the next several months (and further declines are possible) as storage shortages and over-supply continue until demand continues its recovery under threat of a resurgence in COVID breakouts and the potential for prolonged or reinstituted economic shutdowns.  This economic reality has forced companies across the globe to shut-in production. In Canada, around a million barrels of production per day was shut-in.

Needless to say, if prolonged, the cumulative impact of these challenges and their disproportionate impact on Canadian producers present an existential threat to many producers in the domestic oil and gas industry, particularly those that are highly-leveraged.

The ripple effect to the Canadian economy as a whole should not be underestimated.  The energy sector contributes about 10 per cent to Canada’s GDP and represents over a $100 billion export business to the United States, and directly and indirectly employs over 500,000 workers (not to mention the ripple effects in the hospitality, retail, real-estate and service industries).  Federal and provincial governments are going to face the double hit of decreased revenue sources at the same time as skyrocketing costs associated with government support programs and subsidies.

Reaction to COVID-19 in the Oil and Gas Sector

The dumping of stocks caused by COVID-19 wiped out a significant portion of the market capitalization of virtually all oil and gas participants.  While market capitalization has to an extent generally recovered outside of the oil and gas sector, performance of oil and gas stocks has languished behind alternative investment choices, such as those in the technology, financial, pharma and other sectors.  The effect of COVID-19 has thus been to compound the precipitous drop in oil and gas stock performance over the last 10 years.

To preserve shareholder value and protect balance sheets, boards have been forced to very quickly make decisions designed to address liquidity and solvency concerns, including storing and shutting-in production (rather than giving it away for nothing or, shockingly, having to pay for it to be taken away), slashing capital budgets and dividends, suspending buybacks, cutting executive compensation, laying off employees, and ensuring their companies have access to cash via lines of credit and otherwise.  There has been a new wave of layoffs and terminations in recent weeks as losses deepen in Q2, with continued uncertainty regarding the timing and extent of demand recovery.

Measures from the Canadian and Alberta governments supporting the industry, including the $1.7 billion of funding announced by the federal government and a $100 million loan from the provincial government to clean up orphaned and inactive oil and gas wells (resulting in significant job creation), and the $750 million of federal loans for capital investments to reduce methane and GHG emissions, are helpful to the environment and certain segments of the industry.  The various federal loan programs for small and medium sized businesses through the EDC and BDC have not yet been utilized by producers or the oil and gas service sector to the extent originally hoped.

While the outlook on all economic levels remains very uncertain, with the ultimate outcomes of the pandemic still yet to come to pass, we expect the Canadian oil and gas industry to experience a combination of the following in the coming months:

Oil and gas stocks were once investors’ darling, comprising more than 10 per cent of the S&P 500 Index in 2009.  Today, they make up less than 3 per cent.  Conventional thinking is that the trend will not reverse itself in a material way, as societal pressures heeded by a Liberal government in Ottawa and other political pressures globally will continue (and potentially expedite) the move away from fossil fuels to sources of renewable energy, such as wind and solar.  That said, companies with constrained capital spending budgets may find it difficult to advance some of these capital intensive renewable energy projects without government subsidies or support.

Effectively, the impacts of the pandemic may encourage public support for industry-transforming oil and gas projects on an expedited basis.  Environmental and technological improvements over the last decade, as well as concerns regarding foreign supply chains, should position the Canadian sector as a supplier of choice for North American markets and investment, offering a reliable and secure energy source from a jurisdiction with high environmental and social standards.

Massive oil sands reserves in northern Alberta attracted billions in investment dollars from across the globe, peaking at nearly $34 billion in 2014.  The U.S. shale revolution and resultant 2014 oil price crash, combined with exacting price differentials between WTI and WCS, cost overruns, environmental/climate change pressures and transportation bottlenecks impacting oil sands producers, saw investment dollars in the Alberta oil sands dry up (to ~$10.7 billion in 2019) and a number of significant players reduce their oil sands exposure (see Devon Energy, Royal Dutch Shell, ConocoPhillips, Marathon Oil, Equinor, Total and Kinder Morgan).  These ongoing challenges and the high-cost environment, exacerbated by the impacts of the pandemic, will ensure a continued trend of decreased foreign investment in the Canadian oil and gas sector and, particularly, the oil sands.

In the face of decreased revenues associated with depressed commodity prices, demand and production and resultant downward pressure on credit ratings and balance sheets, industry participants can be expected to improve their balance sheets by seeking out (a) partnering arrangements on existing and proposed capital projects, (b) off-balance sheet financing transactions, such as granting royalties over future production in exchange for upfront liquidity, (c) the continued spin-out of non-core producing properties and midstream assets which has been in vogue since 2014, (d) continued cost-cutting measures, and (e) in some cases, formal restructurings under provincial and federal insolvency and business corporation legislation.

Companies have been negotiating amendments to their credit facilities to provide some level of credit capacity, and the banks have continued to support industry to provide a lifeline until conditions improve, sometimes by way of forbearance and amending agreements.  However, many producers have faced dramatic reductions in their credit capacity.  We hope to see more producers successfully access federal loan programs as the federal government works through credit issues with various applicants.  Certain companies have entered or been forced into formal restructuring proceedings and this wave will likely continue, although it remains to be seen which category of buyers will be ready to step up on distressed asset sales.  A lack of sufficiently well-capitalized or interested purchasers will be a consideration that may play into a “wait and see” approach by lenders and borrowers in this environment.

Well-heeled investors and strategics with a long-term, optimistic view of the oil and gas industry driven by rising demand—due to population and economic growth and rising standards of living—may view the current low-price environment as an excellent opportunity to acquire and/or consolidate assets at a once-in-a-lifetime valuation.  As was experienced following the 2014 price crash, we should expect that any such investment activity will be concentrated on high-margin assets (following commodity price recovery).

Merger and acquisition activity is expected to increase as the year unfolds, with more distressed companies and opportunistic buyers beginning to transact.  Private equity and the pension funds will continue to invest in the kinds of assets that they have had an appetite for over the last several years, like the infrastructure and midstream assets.  Among the producers, creative deal structures may emerge as companies seek deals that do not require significant cash or increased debt levels, such as deals with share consideration, joint ventures and asset exchanges. There might be creativity around purchase price earn-outs and contingent payments to bridge the value gap in light of the uncertainty on the recovery trajectory.  In this cash-constrained environment, parties may also pursue deals where one company sells non-core or legacy assets that have a lot of liabilities.  A buyer might be willing to acquire those assets to have synergies with its existing assets or to optimize those assets and defer the liabilities, without the need to pay a lot of cash or go to the debt markets.

Eventually, the pandemic will pass and demand will return. Fossil fuels are not going away as part of the energy mix, notwithstanding continued pressure for energy transition.  Less supply on the market due to OPEC cuts (which continue until 2022) and lack of investment in the sector will result in a balancing of oil prices to something approximating fair value.  The trick and tactic for most Canadian oil and gas companies in the interim will be to weather the storm, while the fortunate few opportunistically seek out growth opportunities at favourable valuations. 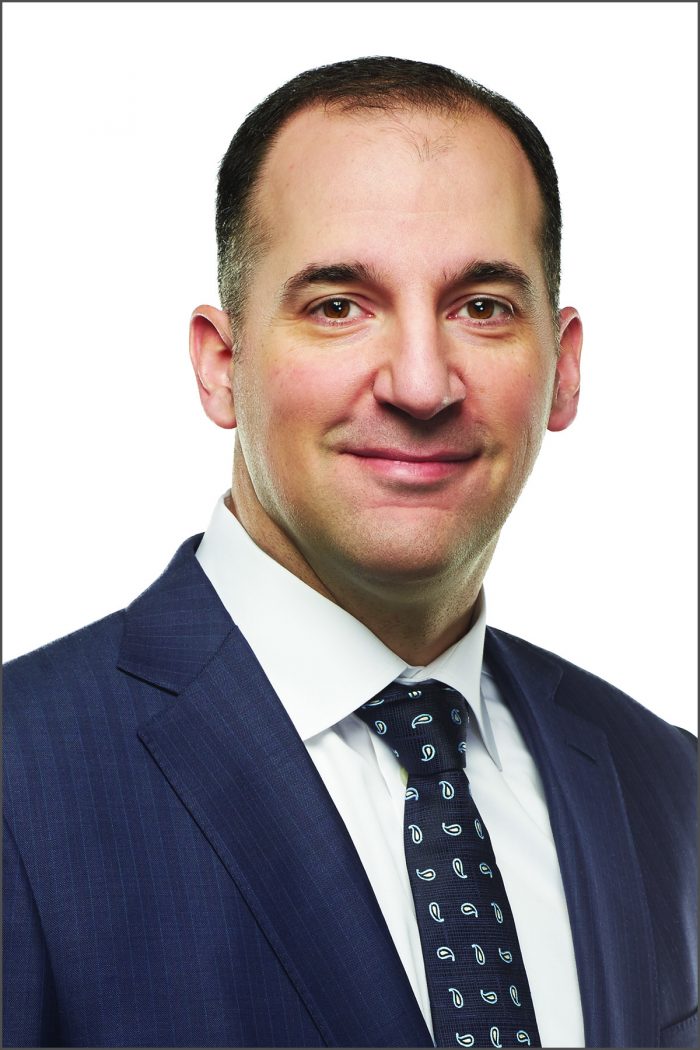 Chris Christopher is a member of the firm’s Energy and Infrastructure Practice. He advises oil and gas and power companies on a variety of commercial projects and transactions. His practice encompasses the acquisition and divestiture of energy assets and advising on a wide variety of aspects pertaining to energy project development, including joint ventures, construction, operation and maintenance, logistics and transportation, processing and marketing arrangements as they relate to LNG, oil sands, shale gas and power projects. 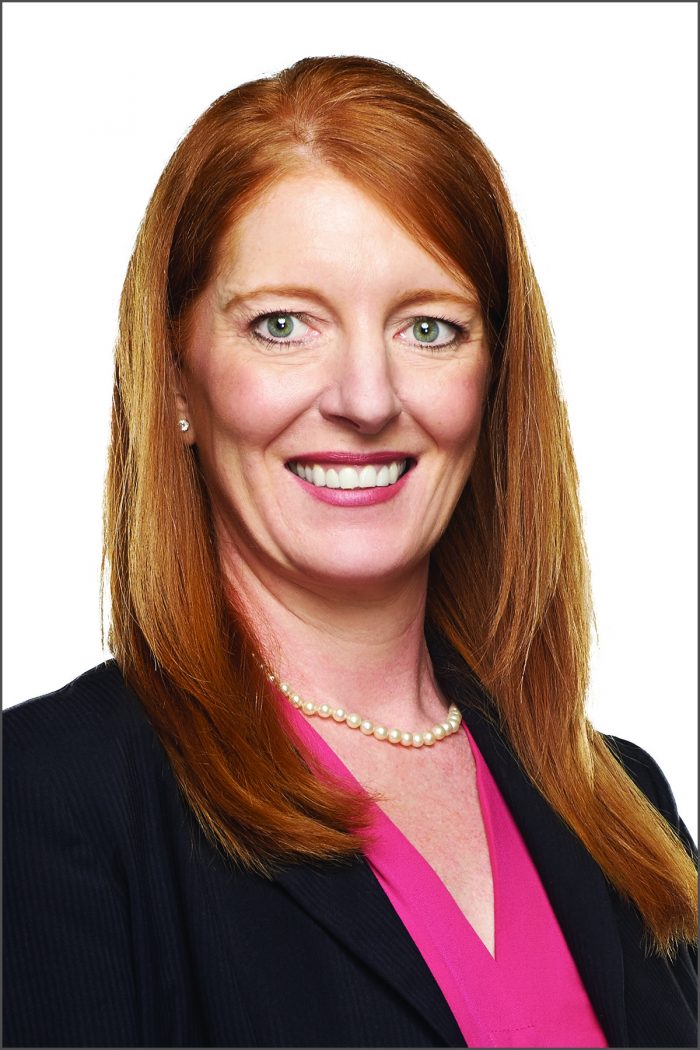 Stephanie Stimpson manages a diverse corporate and transactional practice, working with oil and gas companies in Canada and internationally. She advises on all aspects of their business, including board and governance matters, securities and regulatory compliance, mergers and acquisitions, debt and equity financings, corporate structuring, labour matters and commercial arrangements.

Stephanie’s transactional experience extends beyond Canada to the United States, the Middle East, Turkey, Argentina, Africa, China, Colombia, Ireland, the Netherlands and other jurisdictions. She was recently lead counsel on several M&A transactions and related financings for oil and gas companies with international assets. Stephanie has represented clients on various domestic and international acquisitions, joint ventures and contractor arrangements.

Getting Back to Business Safely: Canadian Mining and COVID-19 Testing